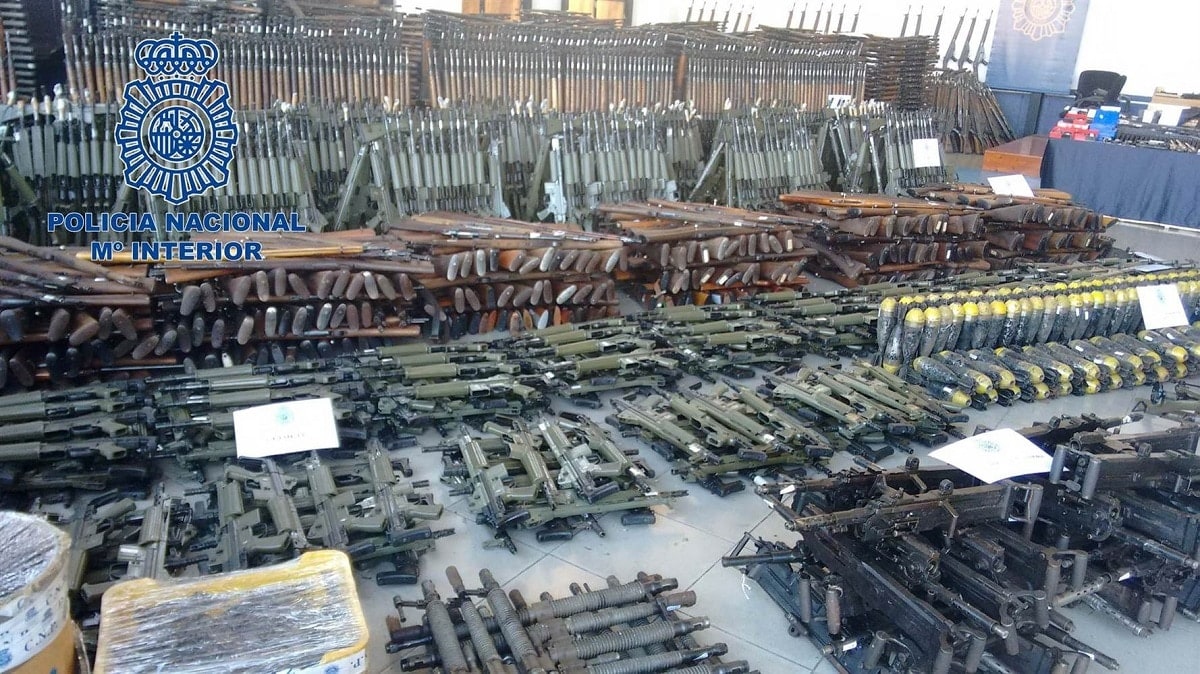 Spanish police announced Tuesday the seizure of 10,000 guns authorities say would have eventually been sold to organized crime and terrorist groups.

Working with border authority Europol, Spain’s national police focused the raids — conducted in the northern cities of Cantabria, Girona and Biscay — on a criminal group known for trafficking and selling guns on the black market.

Officials say the firearms were meant to be sold to gangs and terrorists in Spain, Belgium and France, and that the gun runners “exploited legal loopholes and legislative differences between E.U. countries to divert guns from legal suppliers.”

The gang also reportedly manipulated and reactivated weapons in an illegal workshop near Bilbao, where police say the weapons were “being made ready for sale to terrorist groups and organized crime.”