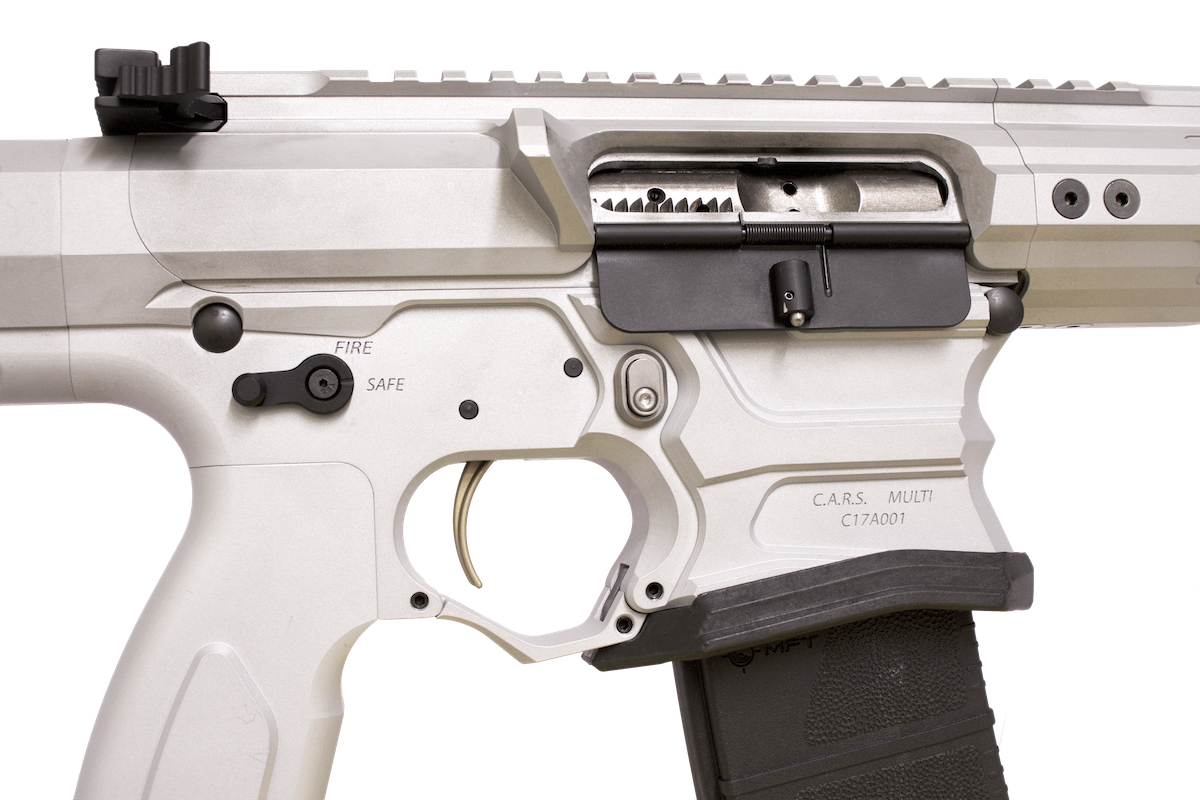 The CARS’ auto-load feature automatically loads ammunition into the chamber when a fresh magazine is inserted. (Photo: Cobalt Kinetics)

The CARS will be available as an upgrade package to Cobalt Kinetics’ BAMF, Eclipse, Edge, Team and Team Stage 2.

The company has engineered the innovative system to autonomously drop an empty magazine and load the chamber once ammunition is introduced. Shooters pull the trigger, introduce a fresh magazine and the CARS takes care of the rest.

Cobalt Kinetics says the advantage in an autonomous system is that more time and attention can be paid to target acquisition and engagement, rather than on reloads.

The auto-drop feature can be selectively deactivated if shooters prefer the gun to retain the empty magazine. Auto-load is always active and the gun will chamber ammunition from a new magazine once it is seated.

Utilizing the standard AR-15 platform operation, the CARS is equipped with familiar features like the bolt catch and magazine release. It also works alongside most AR-15 magazines.

The CARS is in its fifth revision, having undergone extensive testing before making its way to this limited test run.

“After a year of strenuous development and testing, we are ready to release the CARS functionality to select group of shooters for testing,” Skylar Stewart, vice president of Cobalt Kinetics said in a press release. “We are confident with the engineering and performance and want to get feedback from enthusiasts, helping us put the final polish on the system.”

The limited beta test will run through the end of May. The beta upgrade costs $800 as a premium option. Interested beta testers can locate an authorized dealer through Cobalt Kinetics’ website.