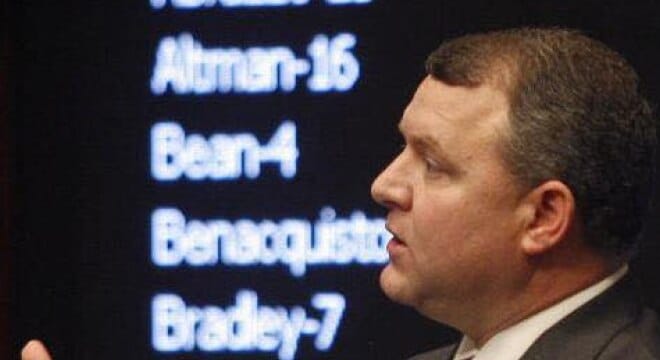 In a Republican-heavy vote, lawmakers on Wednesday gave their approval to a bill that clarifies the state’s burden of proof in self-defense cases.

The legislation, SB 128, which expands justifiable homicide protections in Florida, was approved 23-15. The measure clarifies that the government, not the accused, has the burden of proof in a “Stand Your Ground” immunity hearing, and supporters of the effort feel this should have been the case all along.

“A defendant always has the presumption of innocence and the state always has a burden of proof,” said state Sen. Rob Bradley, R-Fleming Island, sponsor of the bill, in a statement. “This fundamental premise is guaranteed in our Constitution and understood intuitively by all Floridians. Fidelity to the Constitution is our most important responsibility as legislators, and I am pleased to see this legislation earn the support of my Senate colleagues today.”

Bradley’s bill shifts the burden of proof to prosecutors, forcing them to establish beyond a reasonable doubt before going to trial that the defendant could not claim self-defense.

The state legislature in 2005 passed a self-defense law that gave immunity from arrest, detainment, charging and prosecuting unless an investigation by the state reveals there was probable cause to believe the act was not, in fact, lawful self-defense.  However, the Florida Supreme Court authorized prosecutors to use a special stand your ground hearing in which those under investigation must prove they are innocent rather than making the state prove guilt – and from there either apply charges and hold for trial or move to release.

Bradley’s bill will reverse that process.

Not all were in favor of the change, with Sen. Anitere Flores, R-Miami, jumping ship to side with chamber Democrats who voted as a block against the measure. Flores recently came out against several gun rights issues after a long history of endorsements by Second Amendment groups.

Among those advocating against the proposal was Lucy McBath, mother of 17-year-old Jordan Davis who was fatally shot following a dispute over loud music. The defendant in that case was later convicted of murder in a high-profile trial. Since the teen’s death, McBath has been a vocal challenger of stand your ground policies in her work with gun control group Moms Demand Action.

“The Florida Senate has chosen to ignore senseless killings like that of my dear son, Jordan Davis, and Trayvon Martin to vote in favor of expanding the state’s already deadly Stand Your Ground law,” said McBath in a statement. “Make no mistake, this expansion will create a nearly insurmountable backlog of cases for prosecutors, and will make it easier for gun criminals to escape justice.”

The measure’s House companion is HB 245 which was introduced with over 40 sponsors. Republicans hold a nearly two-thirds majority in that chamber.