Prosecutor removed from case for refusing to seek death penalty 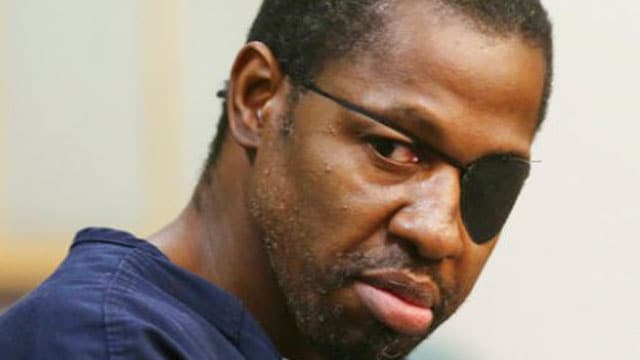 Markeith Loyd is accused of multiple murders but the prosecutor removed from his case Thursday refused to seek the death penalty. (Photo: Associated Press)

Florida Gov. Rick Scott issued an executive order Thursday to remove a state prosecutor assigned to the case of an accused cop killer because she refused to seek the death penalty.

State Attorney Aramis Ayala, who said she will not seek the death penalty for any case during her tenure, was replaced with a prosecutor from a neighboring district after she declined to recuse herself from the case of Markeith Loyd, who is accused of murdering an officer in January while a fugitive from justice.

“I am outraged and sickened by this loss of life and many families’ lives have been forever changed because of these senseless murders,” Scott said in a statement. “These families deserve a state attorney who will aggressively prosecute Markeith Loyd to the fullest extent of the law and justice must be served.”

“She has made it clear that she will not fight for justice and that is why I am using my executive authority to immediately reassign the case to State Attorney Brad King,” Scott added.

Ayala raised issues regarding the legality of Florida’s death penalty statute during a press conference this week, saying it has twice been ruled unconstitutional in less than a year and has been the cause of “considerable legal chaos, uncertainty and turmoil.” Yet, state lawmakers passed a new statute this month.

“After careful review and consideration of the new statute, under my administration, I will not be seeking death penalty in cases handled in my office,” Ayala said.

“I have given this issue extensive and painstaking thought and consideration. What has become abundantly clear through this process is that while I do currently have discretion to pursue death sentences, I have determined that doing so is not in the best interest for this community or the best interest of justice,” she said.

In support of her argument Ayala said she found no evidence to prove the death penalty resulted in an improvement to public safety for either residents or law enforcement. She also added that such cases are typically very lengthy and costly, often with a price tag adding up to more than a life sentence.

In the case in question, Loyd shot and killed an Orlando police officer as she tried to apprehend him on Jan. 9. He was wanted for the shooting death of his ex-girlfriend, who was three months pregnant, and wounding her brother. Then, while on the run after killing the officer, Loyd killed an Orange County sheriff’s deputy in a car accident.

Following that eight-day manhunt where Loyd was captured, he has not expressed remorse for any of the crimes for which he is accused. In fact, during a profanity-laced court appearance, Loyd became combative and accused authorities of “making shit up” after he refused his right to a public defender and chose instead to represent himself.

While Scott’s decision to remove Ayala from the case bolstered his belief in the death penalty and gained praise by some, others praised Ayala for refusing to seek capital punishment.

Orlando Police Chief John Mina, scoffed at Ayala’s refusal to seek the death penalty. Mina said the heinous crimes committed by Lloyd are a prime example of why the death penalty is an option under Florida state law.

Pinellas County Sheriff Bob Gualtieri called the refusal a “dereliction of duty by Ayala” and praised the governor’s swift actions against it.

However, Adora Obi Nweze, with the Florida state conference of the National Association for the Advancement of Colored People, praised Ayala’s decision regarding the death penalty.

“Ending use of the death penalty in Orange County is a step toward restoring a measure of trust and integrity in our criminal justice system,” Nweze said.

Florida ranks number four in the number of executions conducted, only behind Virginia, Oklahoma, and Texas.