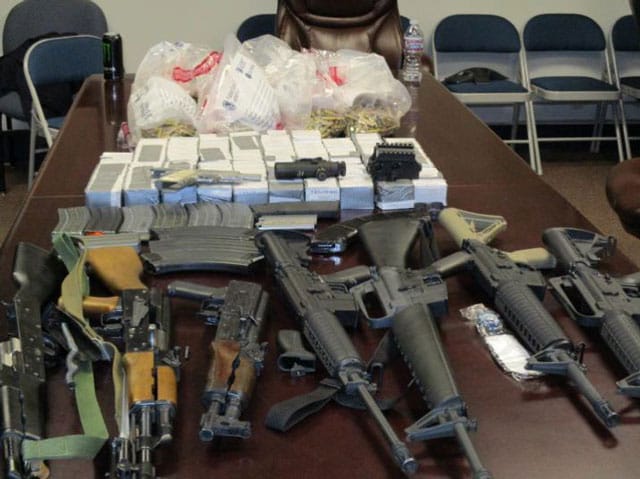 Two people were arrested Tuesday in separate incidents after Border Patrol agents at the Port of Lukeville in Arizona discovered they were attempting to transport unreported cash, as well as weapons and ammunition into Mexico.

A 43-year-old woman driving a Dodge truck was stopped for a secondary inspection, which turned up multiple firearms, magazines, two scopes and approximately 6,000 rounds of ammunition.

Around the same time, a 27-year-old man driving a Dodge sedan was apprehended after a search revealed he was carrying more than $20,000 in unreported cash in the center console of his vehicle.

The suspects, both Mexican nationals, were turned over to the U.S. Immigration and Customs Enforcement’s Homeland Security Investigations and the contraband and vehicles seized.