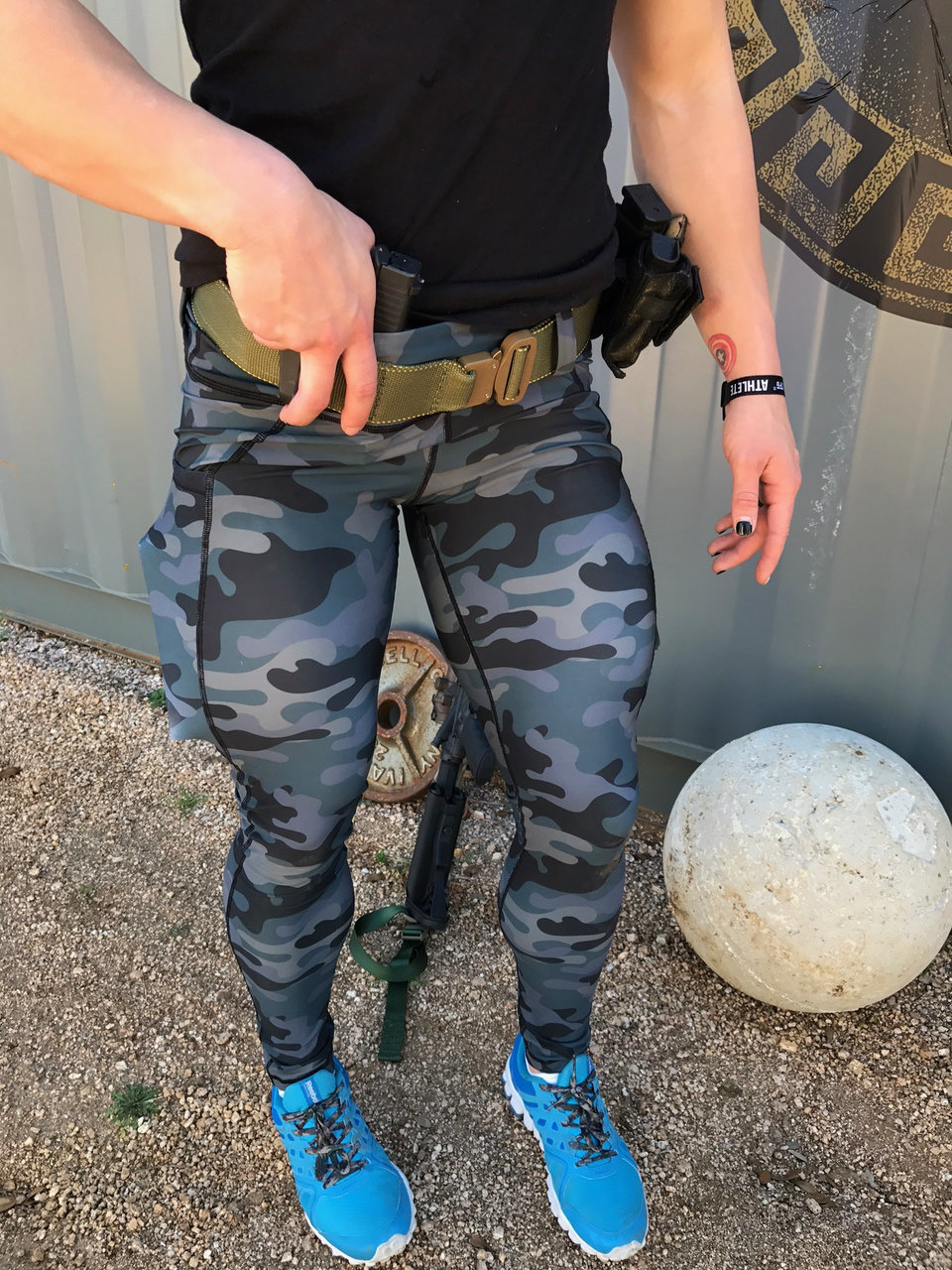 The announcement accompanied a video of the tactical leggings in action as a female model demonstrated their ability to hold the weight of her gun while staying in place.

The leggings come with a sturdy waistband constructed to hold the weight of a gun without dragging the pants down. Equipped with 2.5- to 3-inch belt loops, the leggings are designed to work alongside tactical and regular sized belts. The advantage to this belted style is that wearers don’t have to trade in their EDC holster for a belly band. The belt loops allow for standard mounting of inside-the-waistband or outside-the-waistband holsters. Additionally, the leggings feature spacious side pockets intended to fit cell phones and even standard AR magazines.

The company says the leggings are comfortable, stretchy and breathable. They are also made in the U.S.A.

Available in two colors, black camo and teal camo, the leggings come in size 2 up to size 12 with a pricepoint of $79.99.