The King's revolvers (still) up for auction 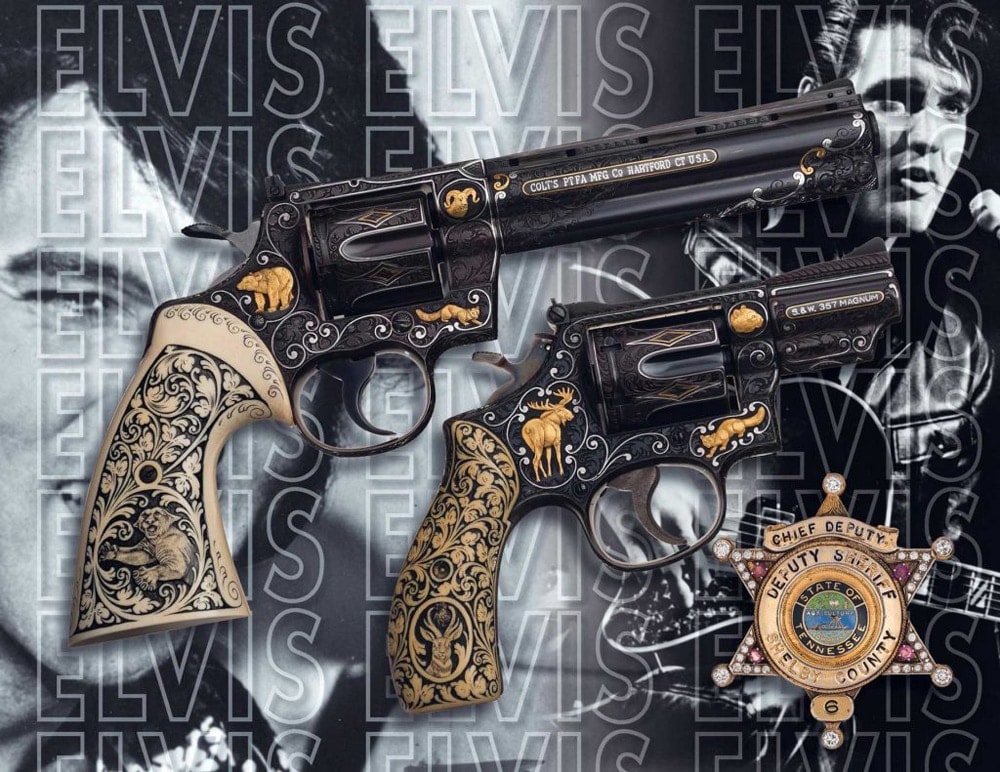 The two revolvers and badge once owned by Elvis up for auction. (Photo: Rock Island Auction Company)

Guns.com reported earlier this month that Elvis Presley’s Smith & Wesson revolver sold recently. While it was once listed in 2012, it never actually sold. However, it will be back on the auction block in May.

Illinois-based Rock Island Auction Company has listed the King’s Smith & Wesson Model 19-2 and his Colt Python with each estimated to sell for somewhere in the six figures.

The two lavish revolvers will be up for auction in May as part of a host of other items including Presley’s diamond and ruby studded sheriff’s badge, the Elvis-signed contract to buy Graceland, and numerous personal files also signed by Presley.

According to the auction house, Presley bought the revolvers in 1970 from a Beverly Hills sporting goods store before sending them to Germany to be elaborately decorated. One was presented to Vice President Spiro Agnew as a gift but was returned a short time later while Agnew was being investigated for corruption.

“These revolvers are beautiful enough on their own to bring a great price, but when you add the iron-clad Elvis provenance things really get exciting. Authentic Elvis items can bring tremendous buzz and high totals at auction, so we’re anticipating a lot of action when these cross the block,” said RIAC president Kevin Hogan.

He added the pre-auction estimate for one revolver seen being held by Elvis in a period photograph is $160,000 – 275,000. The auction will take place May 5 – 7 at the Rock Island Auction facility and will be open to the public.