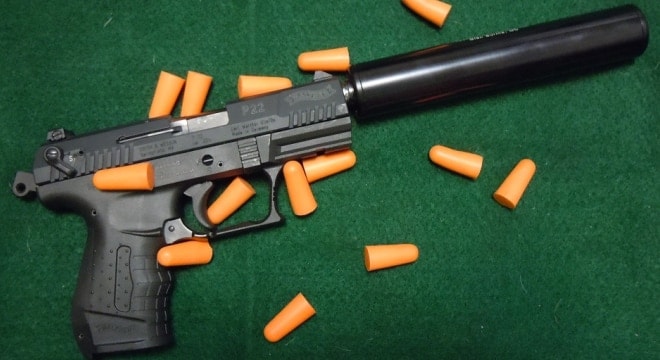 Both sides of the spectrum this month have waded into the argument of what is more reliable for hearing protection– ear plugs or suppressors. (Photo: Chris Eger/Guns.com)

The National Rifle Association kicked off a two-pronged counter-offensive against the claims, in both an article published Thursday through their America’s First Freedom media outlet and with an alert through their Institute for Legislative Action on Friday.

The gun rights group cited a 2011 National Institute for Occupational Safety and Health paper published through the Centers for Disease Control that touted suppressor use in firearms training as the “only potentially effective noise control method to reduce students’ or instructors’ noise exposure from gunfire…” before expanding on the Noise Reduction Rating of ear plugs, pleading the case for the former.

“To answer the question posed in the title, no, earplugs are not better than a suppressor,” reads the NRA-ILA alert. “While they may appear to offer similar amounts of noise reduction, suppressors aren’t susceptible to imperfect application like other hearing protectors.”

The trade organization for the suppressor industry, the American Suppressor Association, on Thursday also responded to the ARS campaign with a different angle, contending “The best hearing protection is the one that you will actually use,” holding that the vast majority of hunters and target shooters never wear earplugs or muffs.

The best hearing protection is the one that you will actually use. #facts #commonsense