TSA: 73 guns found in carry-on bags in one week 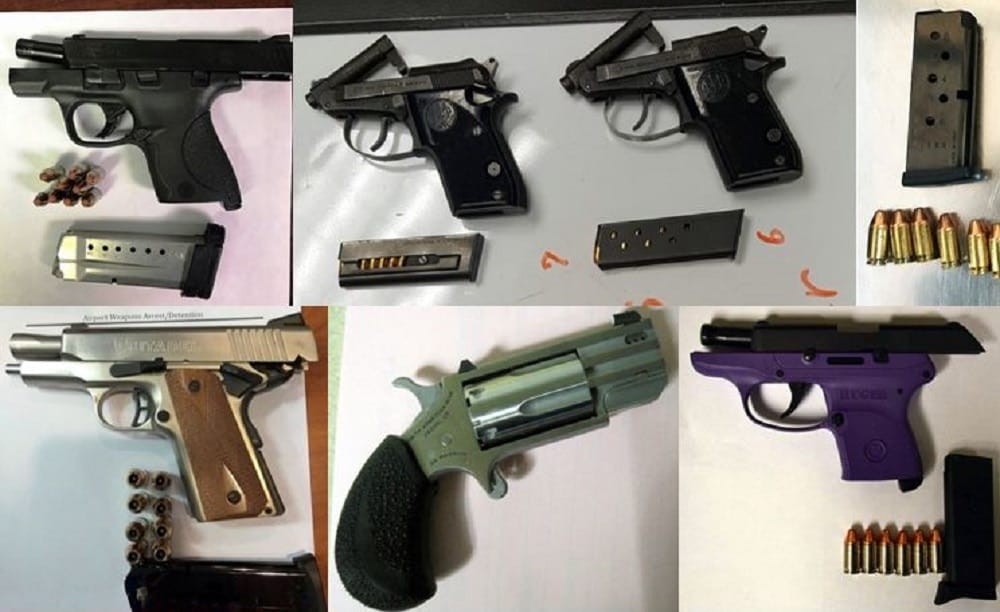 March has been busy for the Transportation Security Administration, as the agency announced they found 73 guns in carry-on luggage at U.S. airports in one week earlier this month.

Of the 73 firearms found the week of March 6-12, the TSA reports that 66 of them were loaded and 27 had chambered rounds.

The TSA also reminds passengers of regulations stipulating firearms can only be carried in check baggage and must first be declared to airline officials. If firearms are found in carry-on luggage, passengers can be fined up to $11,000 and may even be arrested.

These findings have become commonplace, the TSA notes, and slow procedures down for passengers. The agency also points out that many passengers carrying the firearms “likely had no ill intent” and that many “simply forgot they had these items.”

“Just because we find a prohibited item on an individual does not mean they had bad intentions,” the TSA said, “that’s for the law enforcement officer to decide.”