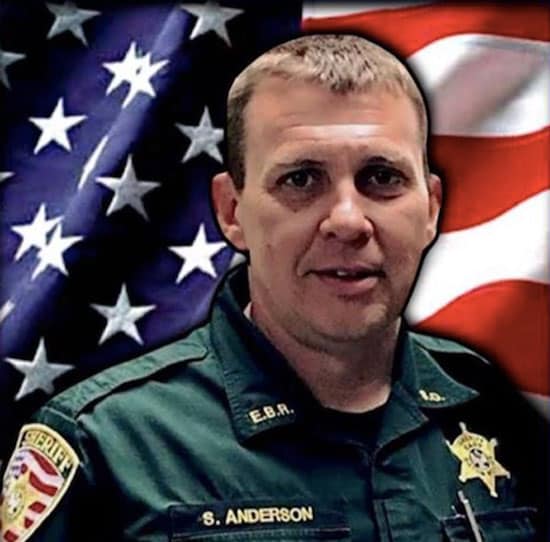 An East Baton Rouge Sheriff’s deputy was shot and killed Saturday night during an altercation with a man accused of raping a 15-year-old girl.

Sgt. Shawn Thomas Anderson, 43, of the East Baton Rouge Sheriff’s Office, and another deputy went to the Classic Cuts to locate the suspect around 11 p.m. Although authorities have not released many details about the shooting, according to a press release from the sheriff’s office, a struggle ensued inside the business, and at some point, shots were fired.

Anderson and the suspect, who later identified as 30-year-old Brandon Wiley, were both struck by gunfire. Anderson was transported to a local hospital where he succumbed to his injuries. Wiley, although last listed in critical condition, survived.

Wiley, who worked at the salon where the shooting took place, is accused of giving the teen girl a tattoo, then tying her hands behind her back and raping her about a week before the shooting. The girl said she knew Wiley for about a month before the rape occurred and he had given her several tattoos without parental consent. She said she cried and begged him to stop – to no avail – as he removed her pants and assaulted her.

Wiley has not yet officially been charged with the deputy’s death, but the investigation is ongoing and additional charges forthcoming. He has, however, been charged with first-degree rape, resisting an officer, and tattooing minors. 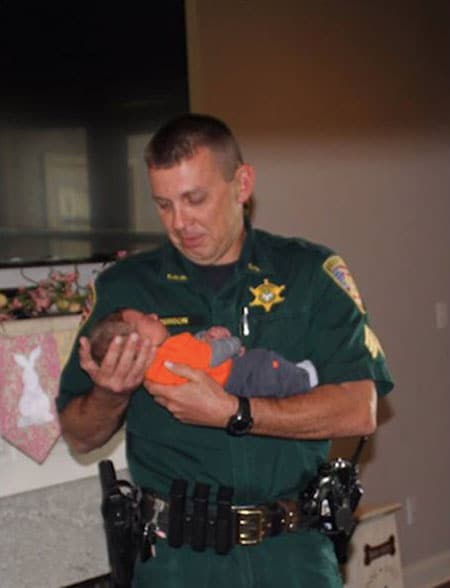 Shawn Anderson delivered a baby on the side of the road almost exactly one year before he was killed. (Photo: East Baton Rouge Sheriff’s Office)

Many details surrounding the shooting have not yet been made public, including how many times Anderson was shot, the type of gun used, or whether Wiley was in legal possession of it.

East Baton Rouge Sheriff Sid Gautreaux said their hearts are broken as they mourn the loss of Anderson. He asked the community for continued support and prayers through what he called a “difficult time.”

Anderson, who was with the department for nearly 20 years, was applauded after he delivered a baby on the side of the road last year. The baby’s one-year birthday came just one day after Anderson was killed. The sheriff’s office called it a blessing to have such a reminder of Anderson’s commitment to the community.

Along with numerous other achievements throughout his career, in 2010, Anderson received an award for helping to save a woman’s life. Then, in 2014 he was recognized for serving over 60 high-risk warrants the year before with no injuries and not a single shot fired.