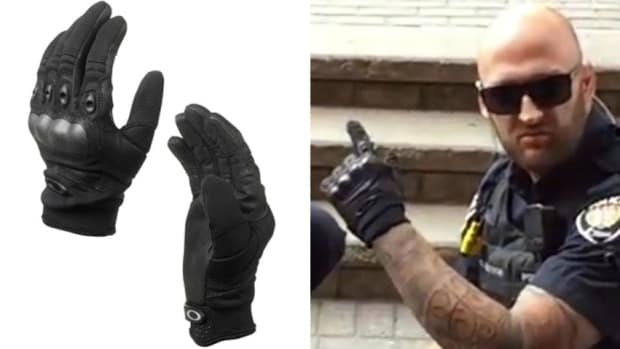 Const. Daniel Montsion faces charges of manslaughter, aggravated assault and assault with a weapon in the death of Abdirahman Abdi. He was wearing a pair of Oakley Assault Gloves. (Photo: CBC)

The Ontario government in Canada is asking police chiefs across the province to ask their officers to stop wearing ‘assault gloves’ until they are classified as either protection or weapons.

The particular gloves in question, although there are similar models by other brands, are Oakley SI Assault Gloves. They are not issued by police departments, but are worn by officers who purchase them on their own. The knuckles feature re-inforced material, much like bicycle or motorcycle gloves.

The court ruling will come as the the result of the death of Abdirahman Abdi, a Muslim immigrant from Somalia with a history of mental illness, in Ottawa on July 24, 2016. 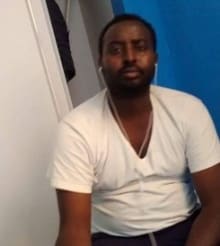 Abdirahman Abdi, 37, who died at the hands of Ottawa police. (Image supplied by family)

Abdi was allegedly groping people inside a coffee shop when police were called. By the time they arrived, Abdi had left on foot. Officers pursued and apprehended him. Police say Abdi resisted arrest, so force was necessary. Witnesses say one officer used a baton while the other officer, Const. Daniel Montsion, delivered two to three blows to Abdi’s head. Abdi fell unconscious and later died in the hospital.

Montsion was wearing a pair of Oakley SI Assault Gloves at the time of the arrest. Abdi’s death sparked protests and calls for how police deal with arrests, especially when mental illness is an issue.

Police groups are confused as to how reinforced gloves can be considered weapons. They say officers wear them as a form of protection from weapons, or as a tool to gain entry and that there is no specific training on their use. Officers don’t need approval or permission to wear protective equipment since they are not classified as weapons.

The Special Investigations Unit says that if gloves are classified as weapons, officers will be required to have special training on how to use them. They are also pushing for police training on how to identify mental illness, and how to proceed with an arrest when it is detected.