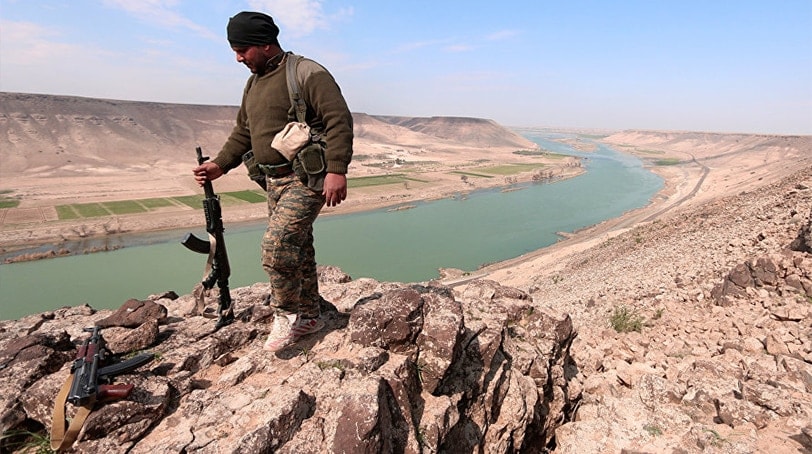 The U.S. intensified its role in Syria Wednesday by using its aircraft to transport Kurdish fighters behind enemy lines for a ground assault on the Euphrates Dam, held by the Islamic State and about an hour west of Raqqah, the Pentagon announced.

It was under the cover of darkness during the early morning hours that the assault mounted, with Syrian Democratic Forces and Syrian Arab Coalition troops fighting to take the dam, a strategic location seized by the group in 2013.

Early this month, Marine artillerymen had boots on the ground in Syria, Guns.com previously reported. They were detached from the 11th Marine Expeditionary Unit that floated to the region from San Diego in October, signaling the start of an increased U.S. presence in Syria.

It’s the airstrikes, though, that have human rights observers and critics of U.S. involvement in the region and up in arms.

It was widely reported that a recent airstrike on a school being used as a refugee center near Raqqah killed some 33 civilians. State-sponsored Russian TV network RT reported the Pentagon said it would investigate the allegations of civilian deaths.

The bombing comes just days after another U.S. airstrike on a mosque in northwest Syria killed 52 people on Saturday, the Guardian reported.

Retaking the dam represents the third prong in isolating the city of Raqqah, an ISIS stronghold the coalition has been bombing for the past four months. The dam sits at the south of Lake Assad, a reservoir fed by the Euphrates River and an agricultural necessity for Syria.

As the U.S. role in the Syrian conflict intensifies, so too do its rules of engagement. President Donald Trump has signaled his willingness to ease or rescind Obama-era rules for avoiding civilian casualties. The rules provide a framework requiring battlefield commanders have a  high degree of “near certainty” their attacks won’t kill civilians.