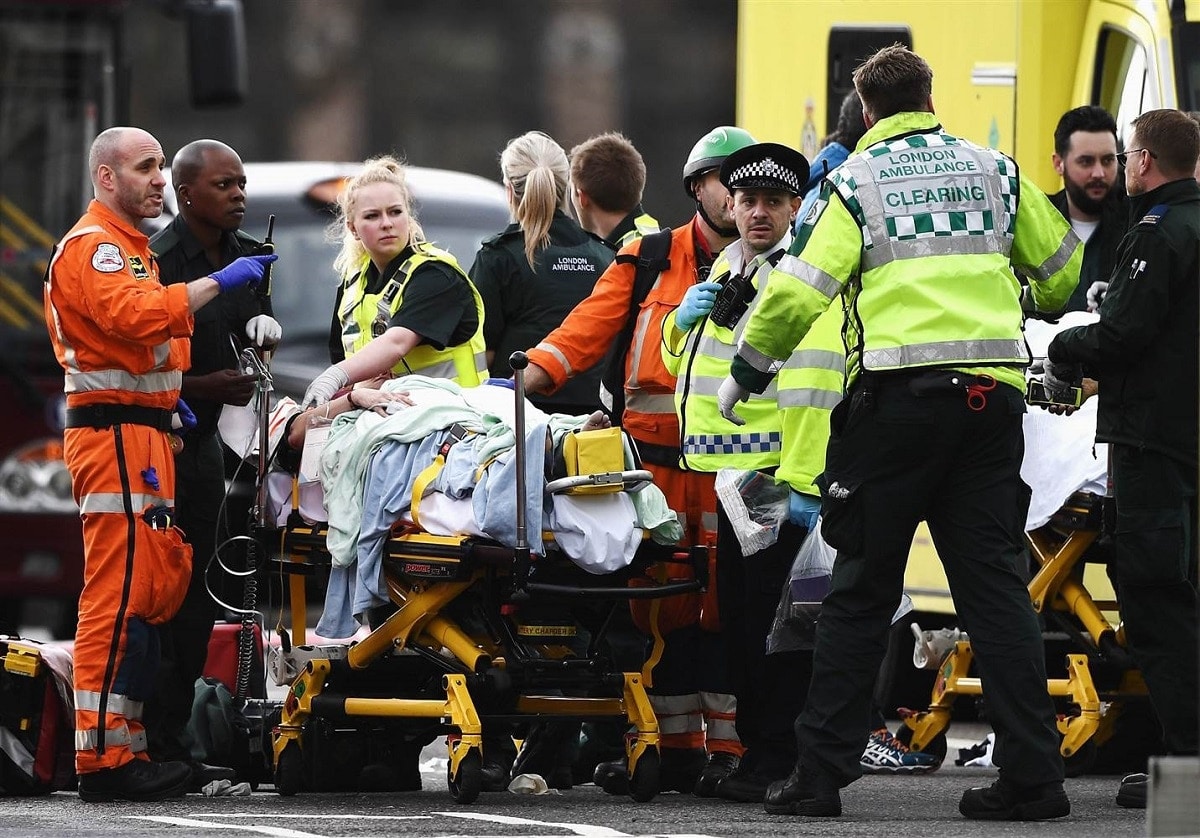 Emergency services care for a victim of the London attack near Westminster Bridge and Parliament (Photo: Getty Images)

The Islamic State has claimed responsibility for the terror attack in London Wednesday that left three people dead and 29 injured.

According to the Washington Post, the Islamic State-linked news site Amaq announced Thursday that the London attacker was a “soldier” fighting for the group’s so-called caliphate. British officials have not confirmed direct links to the Islamic State, but the terror group is known to encourage such “lone wolf” attacks.

In a statement before the House of Commons Thursday, Britain’s Prime Minister Theresa May said the attacker was a British-born man and had previously been investigated by security services for possible links to violent extremism.

May then clarified that the man had fallen off the intelligence radar and that intelligence officials had no knowledge of the plot.

During the Wednesday attack, the assailant drove an SUV into pedestrians on the Westminster Bridge, killing two people and injuring numerous others.

He then slammed the vehicle into a fence around the Parliament building and attacked officers with a knife. One officer was killed and three injured before the attacker was shot dead by police.

Eight people have so far been arrested in investigations related to the attack in London.

Belgian officials also arrested a man on Thursday for attempting to hop a curb in Antwerp and drive his car into a pedestrian zone. Inside the car, authorities found a shotgun, knives, and a gas can holding an unknown liquid.

On Mar. 22, 2016, suicide bombers carried out three coordinated attacks in Belgium. The blasts at the Brussels airport and metro station killed 32 people and injured 300 others. The Islamic State also claimed responsibility for those attacks.