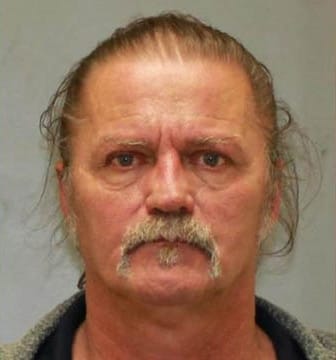 “I am the weapon,” said Robert Twiss in a recorded conversation with a federal informant. (Photo: New York State Police)

A New York man who told a federal informant he was a resistance fighter prepared to take up arms “against the tyranny” was released until his sentencing date, after he pled guilty Monday to being a felon in possession of a firearm.

Robert Twiss, 58, was arrested in October after telling the informant about his Plainfield M-1, Model 41 semi-automatic rifle, which he and the informant shot together at his Greene County home, according to court documents.

“Guilty as charged,” said Twiss in U.S. District Court, before a judge released him until his Aug. 15 sentencing date, according to the Albany Times Union. Judge Thomas McAvoy sided with Assistant Federal Public Defender Timothy Austin, who wrote that Twiss wasn’t a flight risk, nor a danger to the community.

“Much of the government’s evidence arising from its months-long investigation and hours of surreptitious recordings of small gatherings suggest that Mr. Twiss might enjoy hanging around other people outdoors, near his barbeque grill, and talking to those people about views that people would be wise to prepare for the decline of civilization,” wrote Austin.

“I’m not a dangerous extremist, but I am extremely dangerous. There’s a difference,” he said.

Twiss told the informant he knew where the Joint Terrorism Task Force building was in Albany, saying he could “reach it with a fuckin’ Molotov launcher.” In another meeting, he told the informant that in the event of an Armageddon scenario, he’d “have to destroy the FEMA building he believed existed in Albany,” according to the complaint.

“I can take that propane tank and fill it up. Okay? And I can go out and get some one foot rebar, tape it all around there. Okay? And I can put some Tannerite there and I can shoot that motherfucker and make the world come to an end for a bunch of people…[o]ne bullet in that, I can kill about forty people,” he said, during a March 2016 meeting with the informant.

“I am the weapon,” Twiss told the informant at another meeting.

“Discussions in which statements are attributed to Mr. Twiss included his explanations about preparing for scenarios involving the take-over of the government by other tyrannical forces, not his own actions against the government,” wrote Twiss’ public defender, asking he be released until his sentencing date. “The information developed does not establish planning of overt acts of violence, contrary to the suspicions apparently prompting the government’s investigation.”

Austin wrote that Twiss’ home caught fire recently, and that he needs to repair it so that his fiancee can live there.

Twiss’ felony stems from a January 1981 conviction on one count of third degree burglary. He faces up to 10 years in prison, a fine up to $250,000 and up to three years of a post-imprisonment supervised release, according to the U.S. Attorney’s Office.