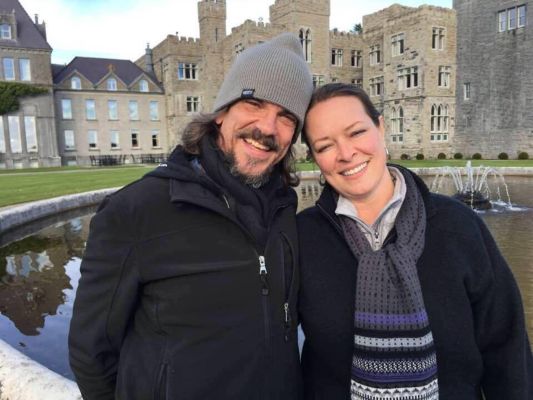 Photo released by the family of Kurt and Melissa Payne Cochran. Kurt died overnight after sustaining injuries in the Wednesday, March 22, 2017 London terror attack. Melissa remains in the hospital with serious injuries. They were celebrating their 25th wedding anniversary. (Photo: Facebook)

British authorities on Thursday identified the man accused of a bloody attack in London that claimed the life of an American citizen and two others Wednesday.

Khalid Masood, 52, was born in the UK and had a criminal record, but wasn’t previously suspected as a terrorist, authorities said.

“Masood was not the subject of any current investigations and there was no prior intelligence about his intent to mount a terrorist attack,” Scotland Yard said in a statement Thursday. “However, he was known to police and has a range of previous convictions for assaults, including GBH, possession of offensive weapons and public order offences.”

Among the three killed were 29 others injured after Masood drove an SUV into pedestrians on the Westminster Bridge, Guns.com previously reported. Utah resident Kurt Cochran, 54, was among the two killed, Scotland Yard also confirmed. Masood then crashed his vehicle into a fence at Parliament and proceeded to fatally stab officer Keith Palmer within its gates. Five people remain in critical condition and two others have life-threatening injuries, authorities said.

Police were called at about 2:40 p.m. Wednesday, the occurrence initially treated as a firearms incident.  The incident came to a close when Masood was fatally shot by a police firearms officer, authorities said.

Cochran and his wife were on vacation. His wife, Melissa, was among the injured in the attack. The Mormon church in a statement issued on behalf of Cochran’s family said the couple was on the last day of a trip they had taken to see Europe in celebration of their 25th wedding anniversary, Newsday reported.

After searching several addresses throughout London, Met police have arrested eight suspects on “suspicion of preparation of terrorist acts.”

On Wednesday, Mark Rowley, national lead for Counter Terrorism Policing and the Acting Deputy Commissioner, delivered remarks to the press, offering his condolences to the families of the victims and offered assurances to the public.

“We must not allow terrorists to create discord, distrust and fear,” Rowley said. “The police stand with all communities.”