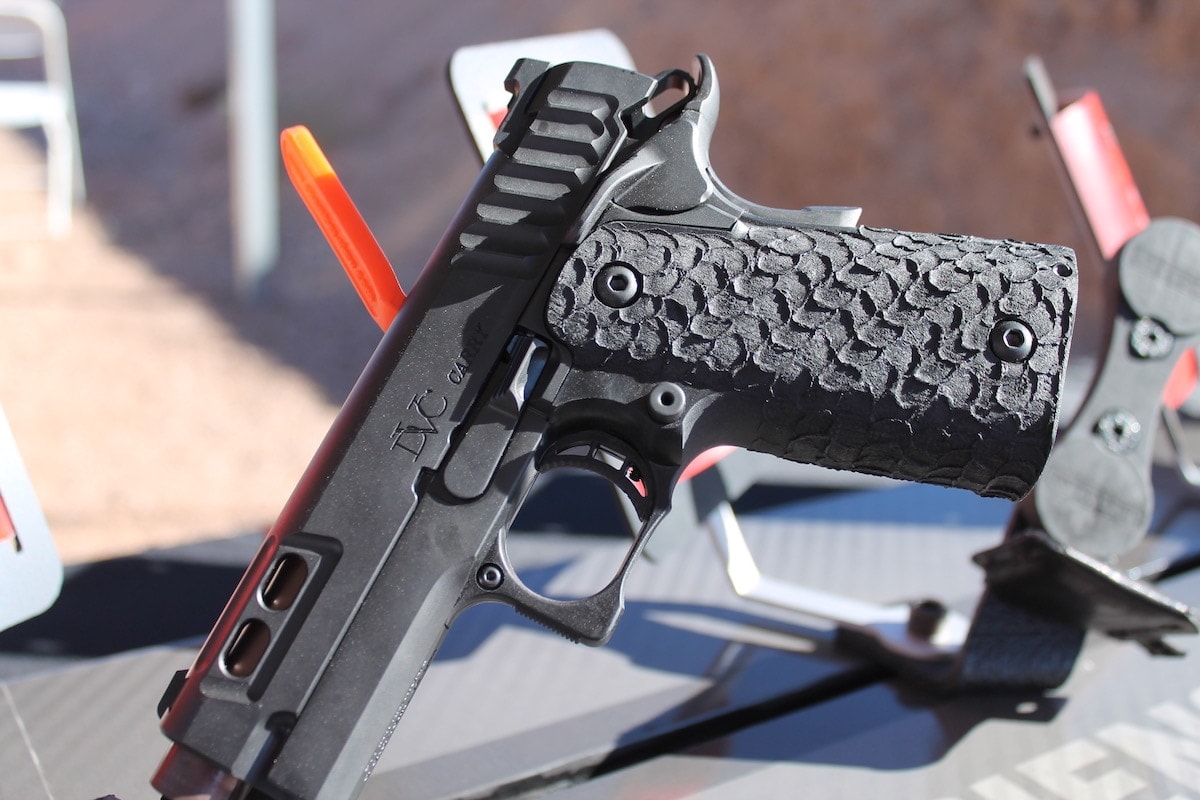 After two months of waiting, STI is finally rolling out the DVC Carry — a new 1911 style handgun first introduced at SHOT Show in January.

The new gun features all of the most popular attributes of the original DVC line, but with a few perks designed for concealed carry enthusiasts. The grip incorporates an extreme stippling pattern to ensure a solid grip even with sweaty hands.

The grip area has also been shortened to “VIP” length for easier concealment. Despite having a shorter, narrower grip the DVC Carry still boasts 15 rounds of 9mm ammo in its magazine. An extended magazine with a 17-round capacity is also included with the pistol.

The pistol is a sleek number, outfitted in a black DLC coated frame and slide with a copper colored barrel. The lightweight aluminum frame and slide lightning cuts aim to not only heighten looks but also reduce weight. The gun, unloaded, tips scales at 26 ounces.

Low profile Tritium sights with a ledge rear sit on top of the 3.9-inch barrel and allow the pistol to be cocked with only one hand.