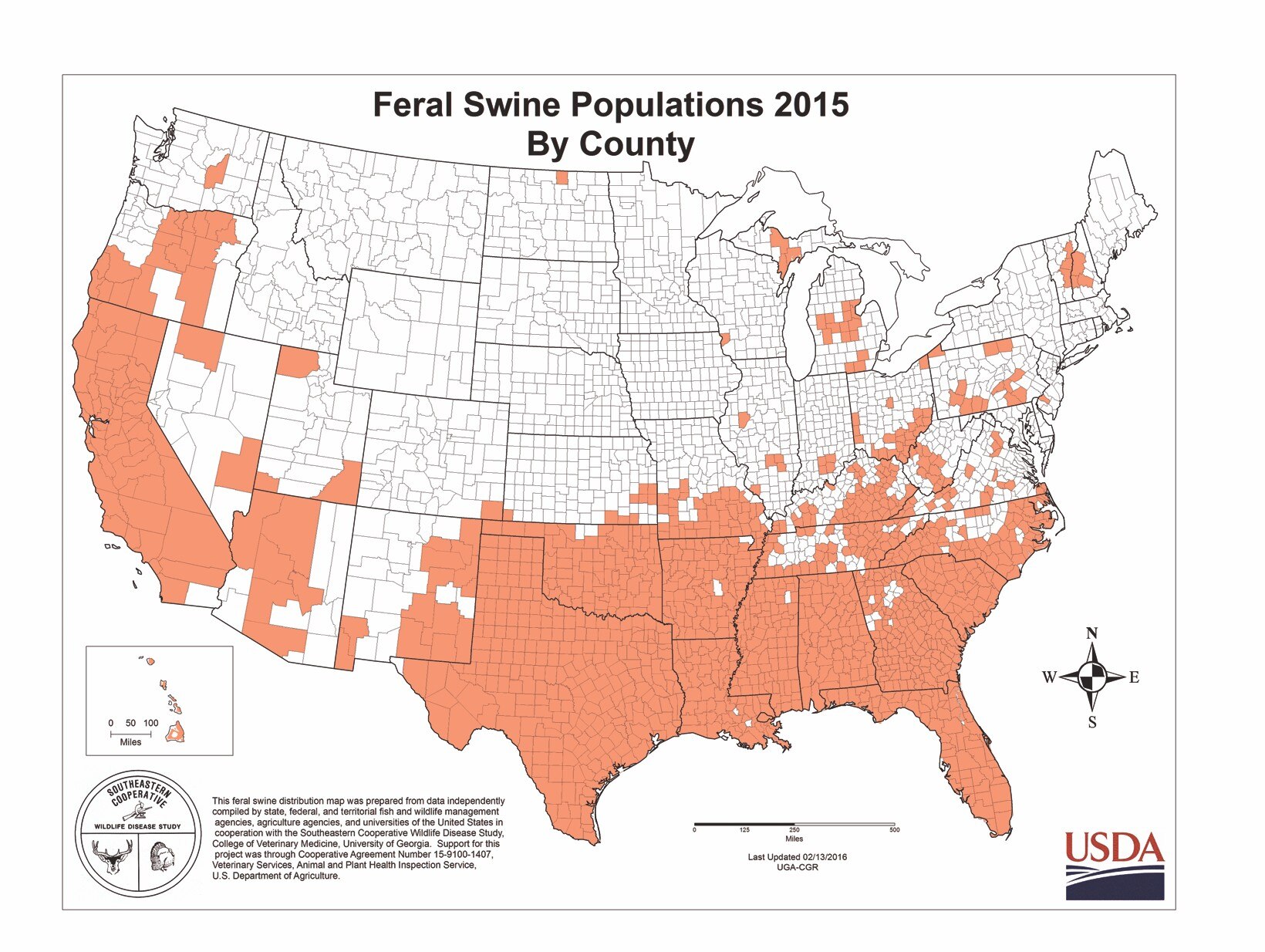 As of 2015 almost all of Texas, with the exception of the far Western corner, had documented feral hog populations. (Chart: USDA)

A Republican in the Texas legislature wants to allow either observers or hunters to operate via balloon in the Lone Star State to zero in on feral pigs.

House Bill 3392, introduced earlier this month, would put the hot air balloon option on the table for the transport of those seeking to curb the state’s feral hog population.

Sponsored by Rep. Mark Keough, R-The Woodlands, the bill would modify the state’s wildlife laws to allow for landowners or their agents to contract with a hunter or observer to remove what is classified as “depredating feral hogs” through methods including hot air balloons with a permit. Texas law already allows the use of a helicopter for taking not only hogs but also red foxes, coyotes, and coydogs.

Related: Feral pigs really suck, and they are spreading

As noted by the Texas Parks and Wildlife Department, Spanish explorers first introduced pigs to the region over 300 years ago to supply meat to settlers and these animals, escaped into the wild, were compounded by wild Russian boars released in the 1930s by ranchers for sport hunting. Considered a nuisance, they can be taken by any means at any time of year by a licensed hunter operating with landowner permission.

TPWD estimates the current feral pig population is in excess of 1.5 million in Texas and they are distributed across most of the state.