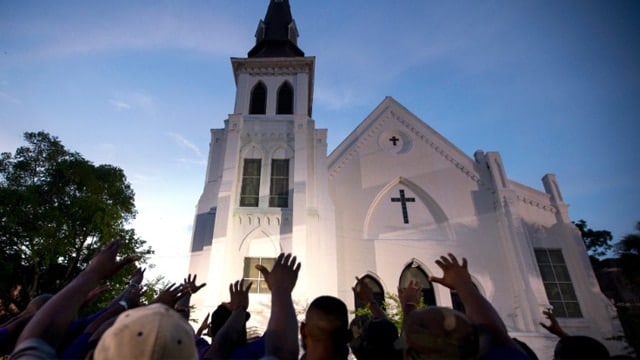 A federal judge on Thursday denied the FBI’s request to dismiss a wrongful death suit against the agency over its alleged negligence in the background check process that allowed Dylann Roof to buy the gun he used to kill nine black parishioners at a South Carolina church in June 2015.

U.S. District Judge Richard Gergel ruled some of the arguments in the case, brought by surviving family members of the victims, are “sufficiently plausible to at least survive a motion to dismiss.”

On June 17, 2015, 21-year-old Roof opened fire during a bible study at the Mother Emanuel African Methodist Episcopal Church in Charleston, killing nine. A federal jury convicted him of murder and hate crimes last year, and sentenced him to death in January.

In the weeks after the shooting, FBI Director James Comey admitted the agency should have denied Roof’s background check application he submitted when buying the firearm due to the felony drug arrest on his record, however, clerical errors at the local level left federal agents blind to his criminal history.

The FBI’s oversight allowed Roof to buy a .45-caliber Glock handgun from a dealer in Columbia after the three-day waiting period expired. Nearly two months to the day later, he carried out his attack in Charleston.

Stephen Hurd, the husband of one of the victims, filed a complaint in federal court against the FBI in July, alleging the agency’s negligence bore responsibility for the death of his wife and five others listed in the lawsuit.

The FBI filed a motion to dismiss in October, saying “the shooting at the Emanuel AME Church was an atrocity of unspeakable proportions. The perpetrator’s actions were despicable. But the United States is not liable in tort for the tragic death of plaintiff’s decedent.”

Federal attorneys reiterated the gun dealer acted “well within the rights of the law” by proceeding with the sale despite Roof’s pending background check status. In court documents, the agency writes, “the FBI has no authority to prevent a sale if, after those three business days have elapsed, it has not yet found definitive information demonstrating that the prospective purchaser’s receipt of a firearm would violate federal or state law.”

Gergel rejected the argument in his ruling Thursday.

“The FBI apparently gave up its attempt to learn about Roof’s purportedly felonious drug arrest, and it took no action to prevent Roof from being allowed to purchase a handgun,” he wrote in court documents. “The FBI cast aside the case, leaving it in a ‘Delayed’ status, and so, on April 16, 2015, Roof was permitted to purchase his Glock. Two months later, on June 17, 2015, he used it to murder nine parishioners, and to attempt to murder three others, in an attack on Mother Emanuel African Methodist Episcopal Church in Charleston, South Carolina.”

South Carolina Democrats continue pushing legislation designed to prevent another clerical error — known as the “Charleston Loophole” — from happening again by extending the mandatory waiting period up to 28 days, and in the case of one bill, indefinitely.

The proposals have gained little traction in the new Legislative session, lawmakers said, because interest in gun control has waned under the new presidential administration.

“From the vantage point of the (House) Republican Caucus as a whole, certainly honoring the second amendment is high on the agenda,” he said. “People talk about loopholes, but the clear indicator is how gun rights and second amendment rights have been stymied or stepped on by regulations.”