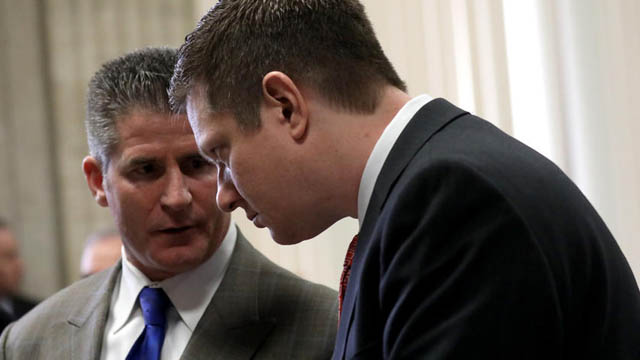 Prosecutors on Thursday added 16 additional counts to a Chicago cop’s murder charges, one for each bullet he fired at a black teenager in 2014.

In a fresh indictment unsealed this week, a grand jury added the 16 aggravated battery charges to the six counts of first-degree murder, and one count of official misconduct charges already filed against 38-year-old Jason Van Dyke, according to the Chicago Sun-Times.

Van Dyke pleaded not guilty to the new charges, according to the Chicago Tribune. The officer, who has been suspended without pay, shot 17-year-old Laquan McDonald on the city’s South Side in October 2014, but wasn’t charged until a year later. A dash cam video of the incident sparked nationwide outrage, and led to a Department of Justice inquiry into police practices in Chicago which found a pattern of constitutional abuses.

An autopsy found that all 16 of Van Dyke’s bullets struck McDonald, who had PCP in his system and was carrying a knife at the time of the shooting, though he was walking away from Van Dyke and other officers. Chicago Police Superintendent Eddie Johnson has sought the firing of Van Dyke, and four other officers who filed police reports with accounts that differ from the dash cam video.

A separate grand jury is investigating whether those officers and others worked to cover up the shooting.