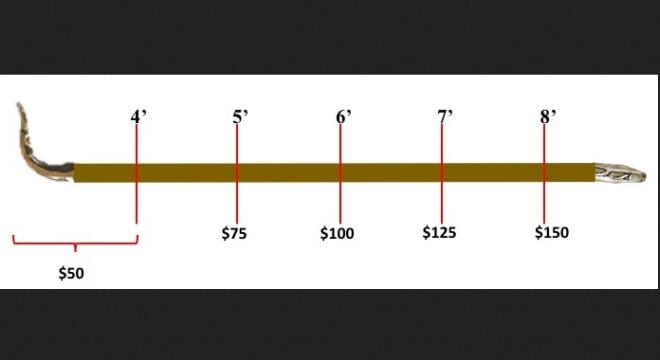 Besides minimum wage for up to eight hours per day, those who bag a python get paid by the foot. (Chart: SFWMD)

A water district in South Florida is moving forward with a plan to pay selected hunters– both by the hour and by the snake– to clear out invasive Burmese pythons.

As previously reported, the South Florida Water Management District is kicking off a two-month pilot program during which volunteer hunters will be paid both for their time spent on the job as well as a bonus for each of the huge snakes bagged.

“The Governing Board has approved a pilot monetary compensation program that will incentivize a limited number of public-spirited individuals to kill pythons,” says SFWMD in a statement. “The program will give participants unprecedented access to SFWMD lands in an effort to remove these destructive snakes, which have become an apex predator in the Everglades.”

The program, which will select 25 participants from the nearly 1,000 that have applied, will run from April 1 to June 1. Hunters will be paid minimum wage for as many as eight hours per day spent on district land, which will be verified by a GPS tracking app. In addition, a bounty will be paid of $50 for each python with an extra $25 tacked on for every additional foot. If a hunter lucks into a nest with eggs, that’s another $100 bill.

Python chasers have to be 18, have a clean background that includes no poaching offenses in the past five years and show “demonstrable experience.”

And yes, firearms can be used.

According to a recent University of Florida study, pythons have decimated the wildlife indigenous to the state and have accounted for at least 77 percent of the wild rabbit deaths, robbing native predators such as the endangered Florida panther, birds of prey, alligators, and bobcats of their food source. 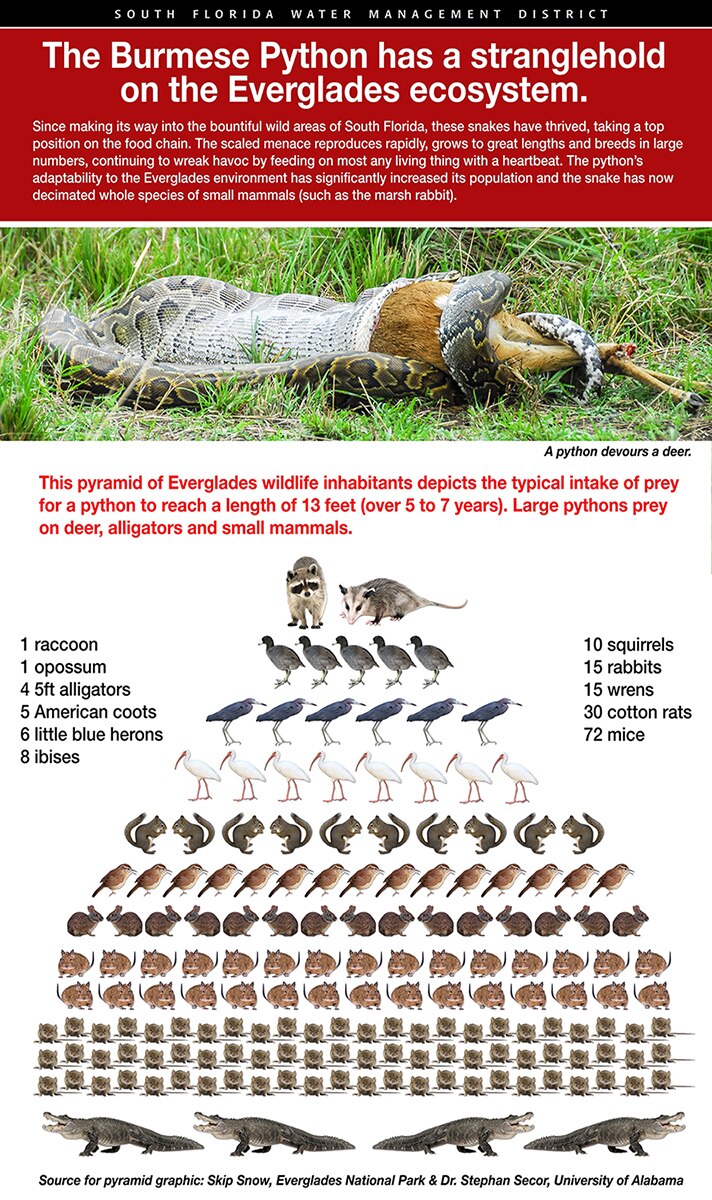