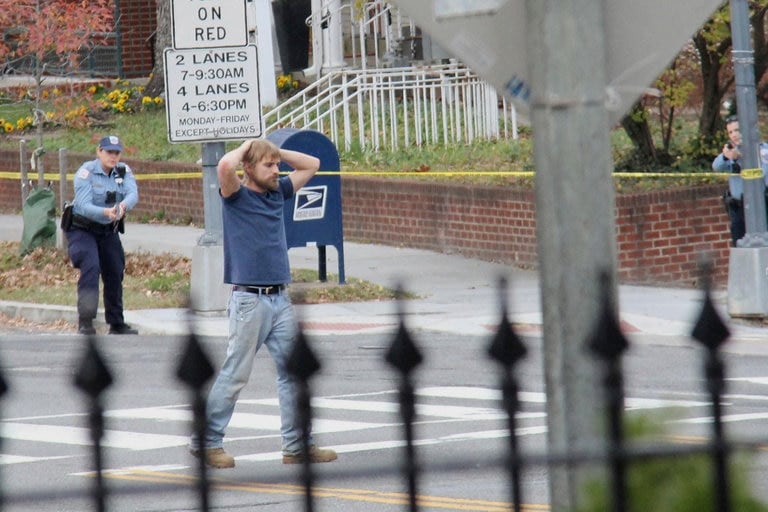 The North Carolina man who opened fire on a Washington D.C. pizzeria last year — after a fake news story spread about the Clintons operating a child sex ring in its basement — pleaded guilty Friday to two counts of interstate transportation of and assault with firearms.

Edgar Maddison Welch, 28, signed a plea agreement in federal court admitting guilt to the charges stemming from the Dec. 4, 2016 incident that saw the gunman make the six-hour drive to the Comet Ping Pong pizza restaurant, according to court documents. In his vehicle, Welch carried an AR-15 rifle loaded with 29 rounds, a fully-loaded six-shot .38 caliber pistol, a loaded 12-gauge shotgun and a box of shotgun shells.

It was just a few days earlier, on Dec. 1, that Welch had learned of the conspiracy theory that had come to be known as “Pizzagate,” which involved the unfounded rumors of pedophilia supposedly perpetrated by Hillary and Bill Clinton, as well as others in the Democratic Party. Welch read the fake news on non-credible websites and watched YouTube videos that spread the fake story, according to the plea agreement.

Welch unsuccessfully attempted to recruit friends to come with him to “investigate” the claims, his intention being to open fire if agents of the restaurant tried to stop him. It was his way of “sacraficing [sic] the lives of a few for the lives of many,” and “standing up against a corrupt system that kidnaps, tortures and rapes babies and children in our own backyard.”

During his drive to the pizzeria, Welch recorded video of himself saying he might not return home as a result of the violent confrontation he planned to engage in, court documents said. Welch arrived at the restaurant at about 3 p.m., where he proceeded inside with a .38 revolver on his hip and the loaded AR-15 in his grip. He left the shotgun and extra ammunition in his car, court documents show.

Inside the pizzeria were employees and customers, some of them children. Welch made his way to the back of the restaurant with no one interfering. He searched the establishment, moving furniture and damaging a ping-pong table. According to court documents, the employees and customers fled and Welch found a locked storage closet. After trying to force the closet open with a butter knife, Welch popped a few rounds off from his rifle, which damaged the lock, the door, some drywall and a computer inside the closet, which was unoccupied.

An employee who was returning from another restaurant with some pizza dough entered the pizzeria through a side door, just a few feet from Welch, who then pointed the AR at him. The employee then ran for his life, court documents state.

The “Pizzagate” conspiracy was conjured in early November when James Alefantis, owner of Comet’s and a Democratic supporter, was named in a Clinton Campaign email published by Wikileaks. The creators of the fake news through social media found photos of the inside of the restaurant, which showed innocent pictures of children and art lining the walls.