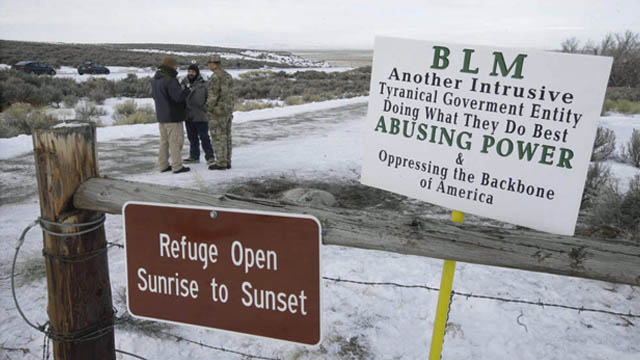 A federal judge handed down guilty verdicts Tuesday against four men charged with several misdemeanors in connection with a 41-day armed standoff at the Malheur National Wildlife Refuge outside Burns, Oregon last year.

Jason Patrick, Darryl Thorn, Duane Ehmer, and Jake Ryan were found guilty of trespassing and tampering with vehicles and equipment, according to court documents. Patrick was also found guilty of destruction and removal of property.

The four defendants were found guilty of felonies earlier this month in a jury trial. The convictions included conspiracy to impede officers of the United States by force, threats, or intimidation, as well as possession of firearms on a federal facility, and depredation of government property. The men are scheduled to be sentenced in May.

The standoff started in January 2016 as a protest, with dozens of people occupying a government building to show their support for ranchers Dwight and Steven Hammond. During the course of the occupation, one man, Lavoy Finicum, was killed by law enforcement. After 41 days, the occupation ended, and more than two dozen people have been arrested in connection with the standoff.

In October, the group’s leader, Ammon Bundy, and other co-defendants, were found not guilty on all charges in a jury trial. Fourteen others have pled guilty to charges, and one other person had their charges dismissed.