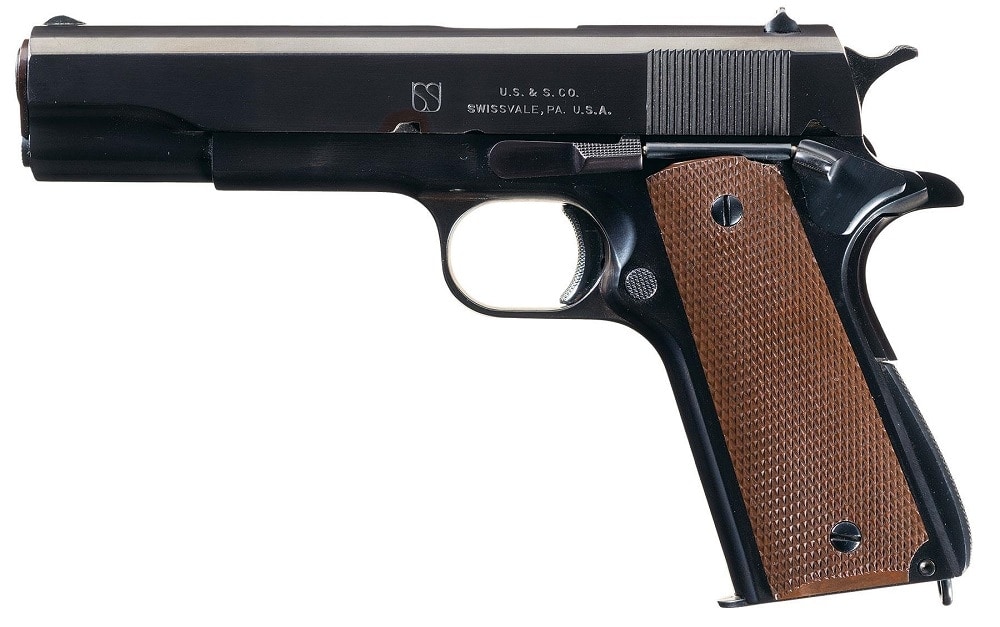 More than 600 machine actions were needed to produce a single US&S pistol and not a single one was rejected by government inspectors. (Photos: RIA)

During the war, Uncle Sam ordered nearly two million Model 1911A1 GI .45ACPs, and the Union Switch & Signal company of Swissvale, Pennsylvania made one of the rarest and most sought-after variants.

While most of the war production of .45ACP pistols was undertaken by Remington Rand (a typewriter company, not the gun maker), Colt (naturally) and New York shotgun maker Ithaca, the US&S-marked guns were the second-rarest, only harder to find than an experimental run of guns made by the Singer sewing machine factory under an “Education Order.”

US&S before the war cranked out railroad equipment but in May 1942 landed a War Department contract for 200,000 1911 pistols for military use. They started production later that year and by January 1943 the first guns were being accepted by government inspectors. However, the company’s order was trimmed significantly due to the needs of the services and, as they switched to production of M1 Carbine parts, US&S only delivered 55,000 completed pistols by November 1943.

Now, at least seven have popped up at the upcoming Rock Island Auction company’s Premiere Auction in May.

These include an “EXP” marked version– one of approximately 100 pistols made by US&S using preproduction slides, receivers and other components that were presented to company officers and employees and coated in a bright blue DuLite finish. Previously from the Miguel Hughes collection, it has appeared in at least one book on U.S. military pistols. 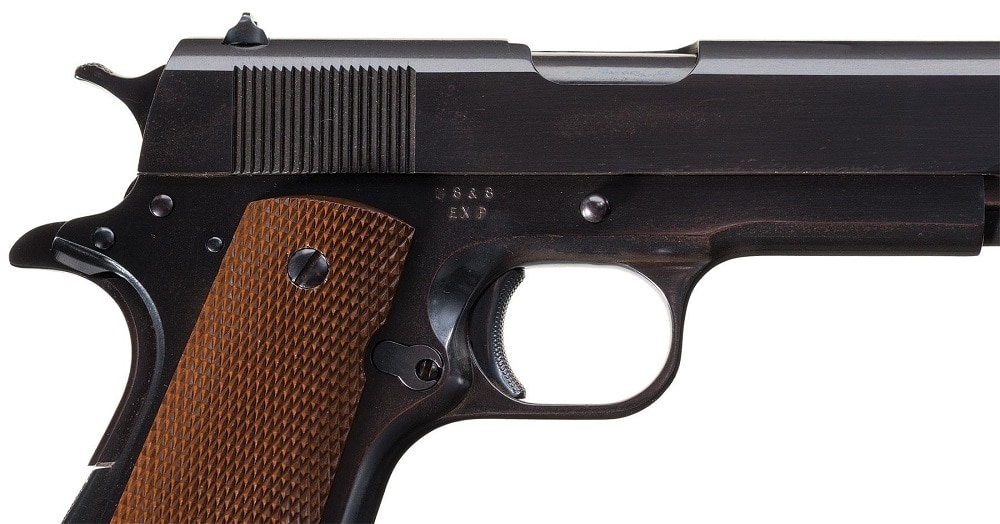 Another prized example is a factory cutaway or “skeletonized” 1911 used for demonstration purposes. Few of these guns were so modified. 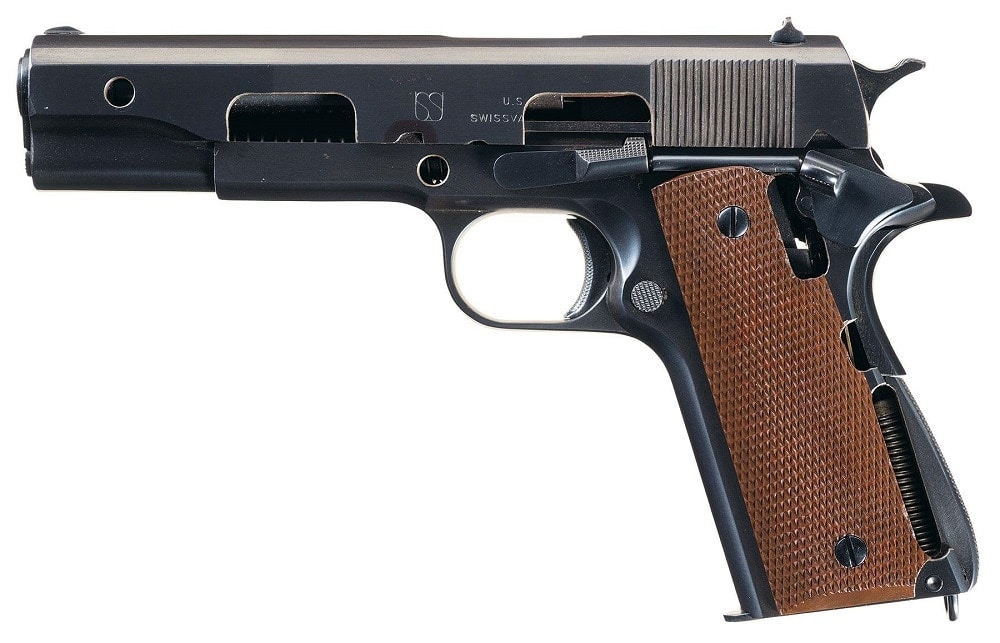 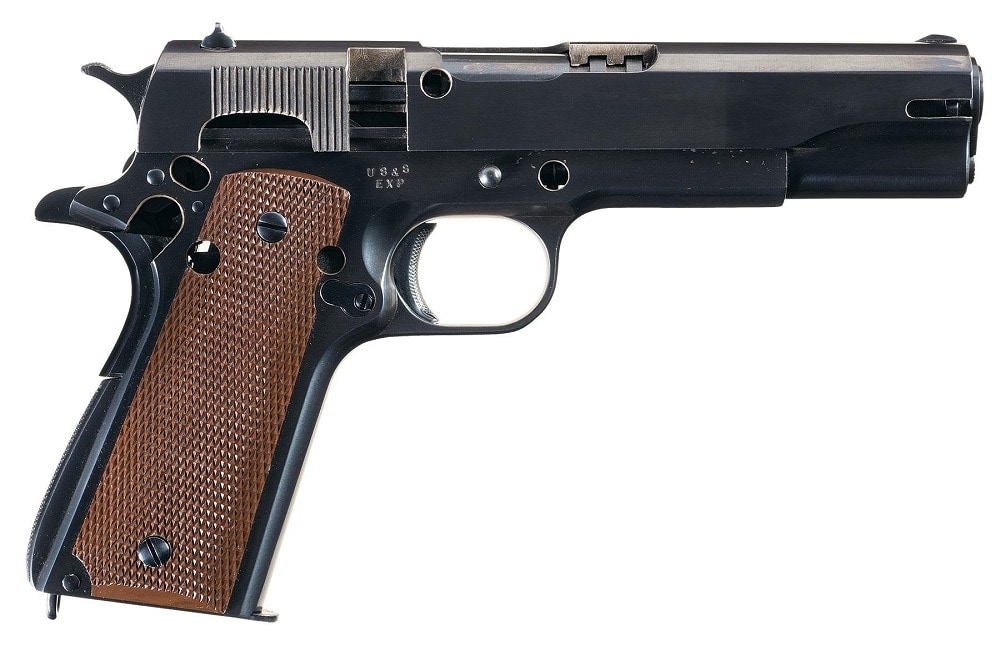 Besides the above, there are also a number of US&S guns which apparently made it to the field and have seen some honest service. 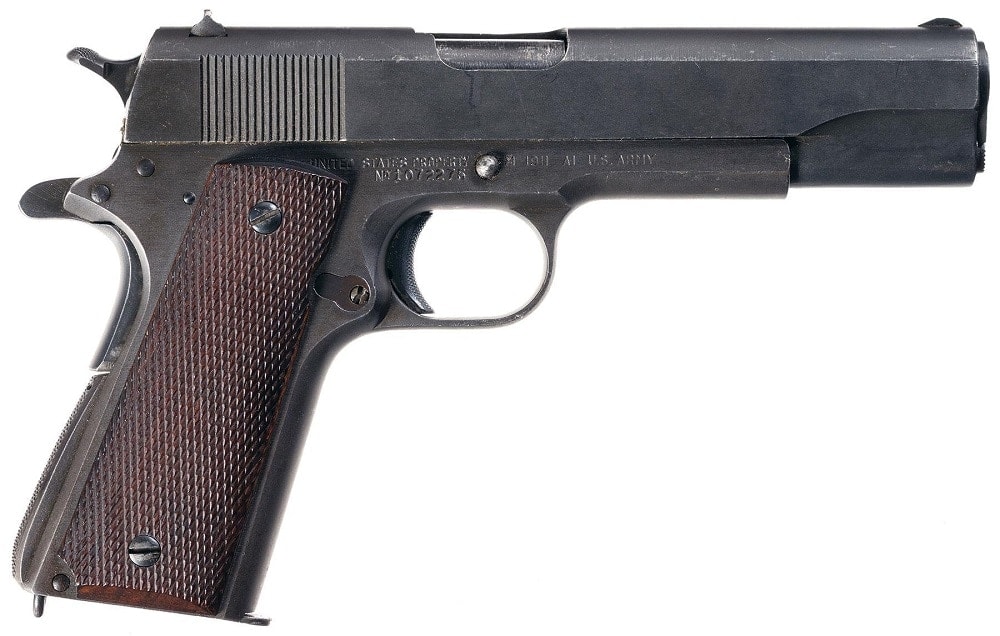 More than 600 machine actions were needed to produce a single pistol and not a single one was rejected by government inspectors.

Want to know how they were made? Check out this 10-minute silent film taken of the production US&S 1911 during the war below: