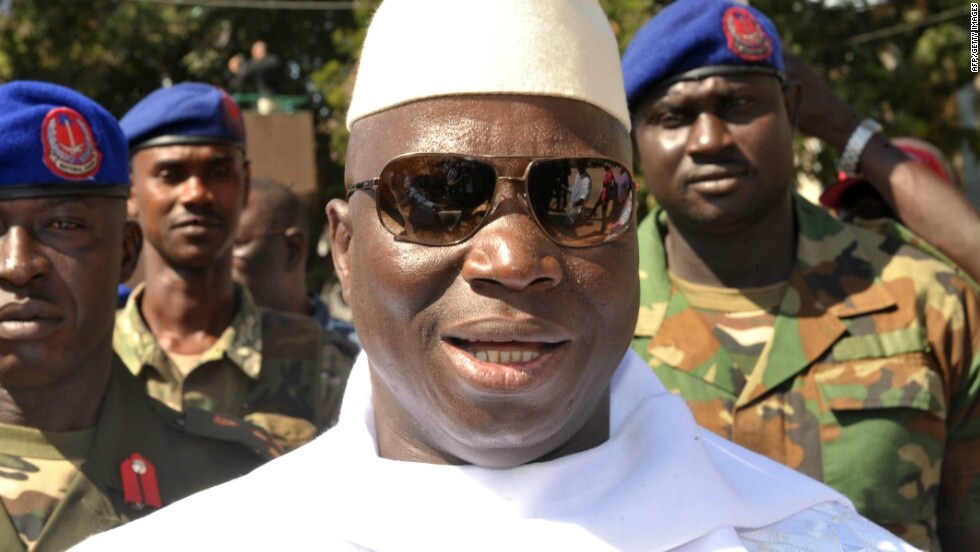 A North Carolina man was sentenced to nine months in prison Monday for his part in an attempt to violently overthrow the West African government of Gambia, the Justice Department announced.

Alhaji Boye, 46, was one of several Gambian-American citizens who joined a political group called The Gambia Freedom League, which seeks regime change in that country.

The group sought to overthrow Gambian President Yahya Jammeh, who has ruled the country since his nonviolent coup in 1994, officials said. Jammeh’s administration has been for years accused of perpetrating human rights violations.

Specifically, Boye’s part involved obtaining firearms and ammunition, according to a grand jury indictment. The munitions would then be stashed in 55-gallon barrels hidden among secondhand clothes marked for shipment to Gambia.

In December 2014, six heavily-armed soldiers in league with the resistance group attempted to storm Jammeh’s palace in Banjul while he traveled overseas, but the attack was unsuccessful, according to media reports. Troops who remained loyal to Jammeh put down the attempted coup, killing three of the attackers including the resistance leader.

The FBI launched an investigation into the Gambian group and after interviews with a member, authorities found bank records showing a $7,000 transfer to Boye in Raleigh on Aug. 25, 2014.

The DOJ said that the FBI traveled to Gambia in early 2015 to inventory and photograph the 35 firearms seized by the Gambian government — five of them were purchased by Boye.