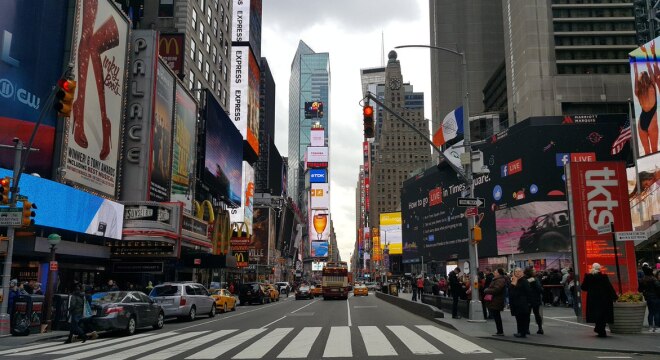 The legislation drawing fire in the WSJ piece would amend federal law to allow those eligible to possess a firearm to have a concealed handgun in any state that allows individuals to carry a pistol or revolver. Those who do so would have to carry a valid permit with them as well as a photo ID. The bill also applies to nonresident permit holders.

However, the officials argue it could turn the Big Apple into Tombstone.

“As we work to prevent future shooting deaths, we don’t want subways packed with pistols or shootouts in Times Square,” noted O’Neill and Vance. “We don’t want our highly effective gun laws superseded, overturned or otherwise interfered with. We will fight any federal action that lets visitors bring guns to our streets.”

The Hearing Protection Act aims to deregulate suppressors as a safety measure to help promote their use in protecting hearing. As such, it would repeal the current NFA requirements and treat suppressors as firearms – which would allow them to be transferred through regular federal firearms license holders to anyone not prohibited from possessing them after the buyer passes an FBI instant background check.

In opposing the proposal, the Times argues the bill is backed by firearms sellers “eager to cash in on what has become a vanity item” at the expense of public safety.

“If the bill succeeds, ending the $200 tax and the vetting period, silencers will be much more available to the public,” notes the paper. “Inevitably, they will show up in the hands of the mass shooters who indulge macho fantasies in brandishing the adapted military assault weapons and large ammunition clips available in the civilian market. Before congressional lawmakers give in to the gun lobby’s latest twisted demand, they had better ask themselves why they would want to help muffle a shooter’s deadly deeds.”

Enrolled as H.R. 367, the bill has 127 co-sponsors but no date for committee hearings. A companion Senate measure, S.59, has 11 co-sponsors.