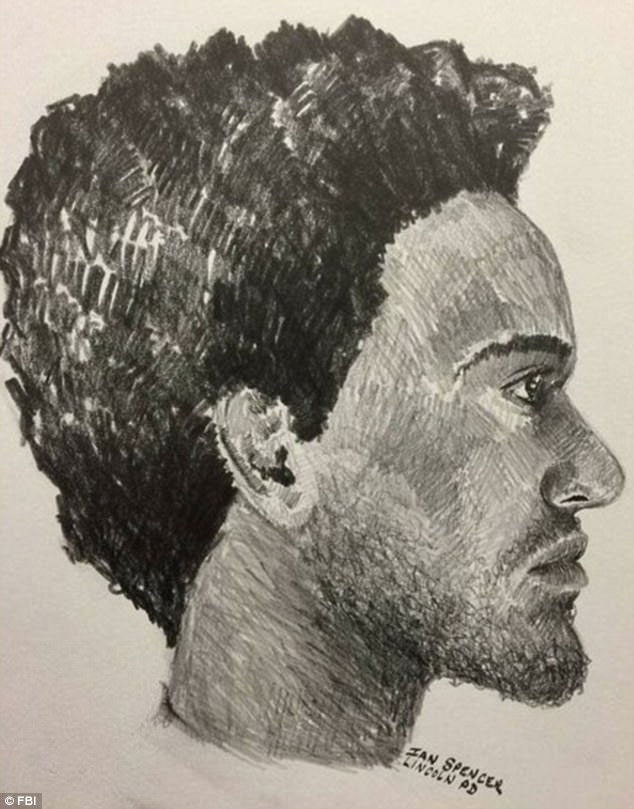 Based on witness descriptions, authorities created this sketch of the suspect, dubbed the “Incognito Bandit.” (Photo: Federal Bureau of Investigation)

The suspect in more than a dozen Boston-area bank robberies was apprehended by U.S. Customs and Border Protection officers Friday evening as he attempted to board a flight bound for South Africa.

Albert Taderera, 36, was arrested at about 5 p.m. at Dulles International Airport in Virginia, the Department of Justice announced in a statement.

According to court documents, Taderera, who was dubbed the “Incognito Bandit,” robbed 16 banks in the Metro-West and Greater Boston areas from February 2015 to March 2017. Details gathered from each case led authorities to believe the same suspect was responsible for all 16 robberies.

In about half of the robberies, witnesses reported that Taderera was armed with a black semi-automatic handgun. Additionally, in the majority of the robberies, the suspect was described as wearing a dark-colored hoodie and his face covered with a mask or dark sunglasses. The suspect also wore dark gloves and clothing during the commission of the crimes.

All 16 banks were located in similar settings consisting of a suburban area and freestanding building located near a wooded area or other heavy foliage. In each of the robberies, witnesses reported seeing the suspect flee into the wooded area. In a number of the robberies, witnesses also reported seeing a black BMW leaving the vicinity of the wooded area after the suspect fled, a detail which later proved instrumental in identifying and eventually apprehending Taderera.

On March 16, 2017, officers with the Concord Police Department noticed a black BMW parked outside of a local bank and observed that the driver, Taderera, matched the description of the suspect wanted for the prior bank robberies. Authorities were able to determine the vehicle registration for the BMW was revoked, so the vehicle was towed and impounded.

About a week later, Taderera called the tow company and inquired about the status of the BMW, and he was informed that the police department was in possession of the vehicle.

The next day, the Federal Bureau of Investigation was alerted when Taderera booked a flight for the following day from Dulles to Addis Ababe, Ethiopia. However, on the morning of the flight, authorities learned Taderera rerouted his flight to instead go to Johannesburg, South Africa, later that same day. Authorities acted quickly and apprehended Taderera before he boarded the flight.