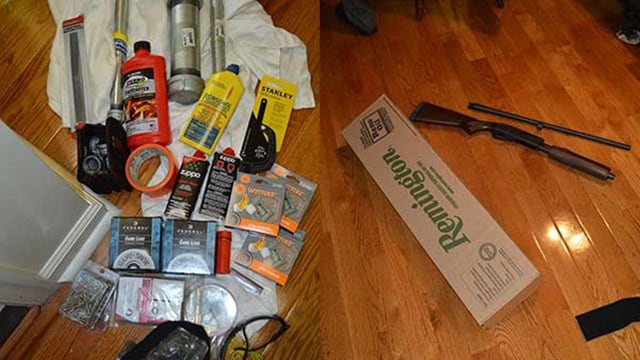 The parents of a teenager in Maryland prevented a Columbine-style attack at a local high school, police said Monday.

Law enforcement removed 18-year-old Nichole Cevario from Catoctin High School last week after her parents warned administrators about an attack their daughter plotted for April 5 in her diary.

“There’s no doubt in our minds that we averted disaster there,” Franklin County Sheriff Charles Jenkins said Monday via CNN. “I’ve never seen anything like this, to be honest with you.”

According to a statement released by the sheriff’s office, Cevario kept detailed notes of school emergency procedures and collected intelligence on the school’s assigned resource deputy. She also organized a timeline of events and expected outcomes and indicated she planned to die as part of the attack.

Investigators found a shotgun with ammunition, bomb making materials — including pipes with end caps, shrapnel, fireworks, magnesium tape, and fuse material — in her home, according to the statement. Jenkins said she will be charged for possessing the materials once she completes psychiatric treatment at Franklin Memorial Hospital.

“Right now this investigation is very much focused on her diary and the detail in her diary that clearly planned out a mass shooting at her high school,” he said.

Investigators believe Cevario planned to act alone and the discovery of her plot has eliminated any threat to the school.