‘Glock vs Glock: RICO allegations’ comes to a close 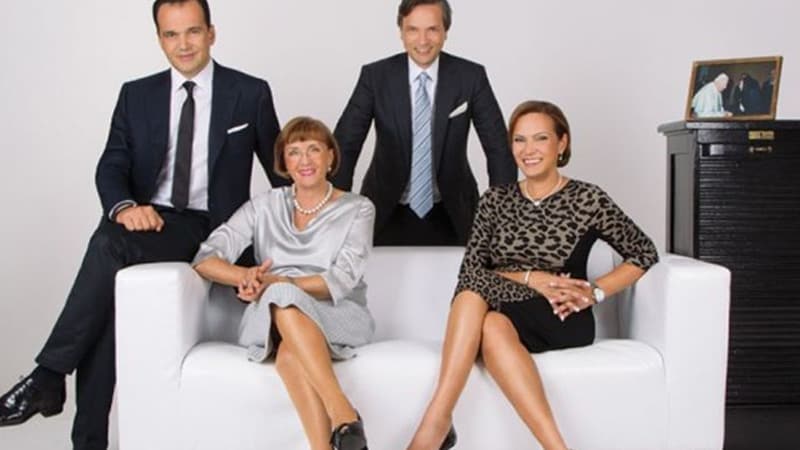 Helga Glock, center left, with her and Gaston’s grown children beside a framed picture of a pope. (Photo: Glock family via Bloomberg)

The civil racketeering case against Glock founder Gaston Glock has come to a close after more than two years tied up in an Atlanta federal court.

Glock’s ex-wife Helga Glock filed the $500 million lawsuit in October 2014. The 350-page complaint raised allegations that Gaston Glock committed a series of crimes that included fraud and money laundering to avoid paying taxes and to hide assets from his family.

Helga Glock’s lawsuit argued she was entitled to a share of the company because she founded it with her husband in 1963 and helped grow it from a curtain rod business and into a successful international gun manufacturer. Then in 2011, after nearly 50 years of marriage, Gaston Glock divorced her for a younger woman and cut her and their grown children out of the business. The lawsuit alleged he began hiding assets in the mid 1980s.

According to court documents, the handgun maker commands 65 percent of market share for U.S. law enforcement agencies, and supplies guns to military and law enforcement in more than 48 countries and to civilians in more than 100. The company has an estimated annual revenue of $400 million.

Thrash noted the complexities of the case as the company hosts U.S. operations in Smyrna, Georgia, but is headquartered in Austria where Gaston Glock lives and has citizenship. His opinion says RICO allegations do not apply since Helga Glock “has not suffered a domestic injury” by Gaston Glock’s actions as required by the law.

The opinion also knocked down the narrative of corrupt business practices, saying the complaint provided “information and belief” for the allegations, but failed to provide “specific facts” to support them.

Following the filing of Helga Glock’s case were three other lawsuits by separate parties that detailed similar allegations within the same timeframe of 1999 and into the early 2000s. However, two of which failed to take off and were dismissed.

While Thrash’s judgment orders Helga Glock to pay court costs for Gaston Glock and other defendants listed in the lawsuit, she did manage to make public half a million pages of documents detailing the company’s internal workings and share a narrative for a tumultuous time in Glock history.