Man linked to fatal shooting of Oregon cop gets 12 years 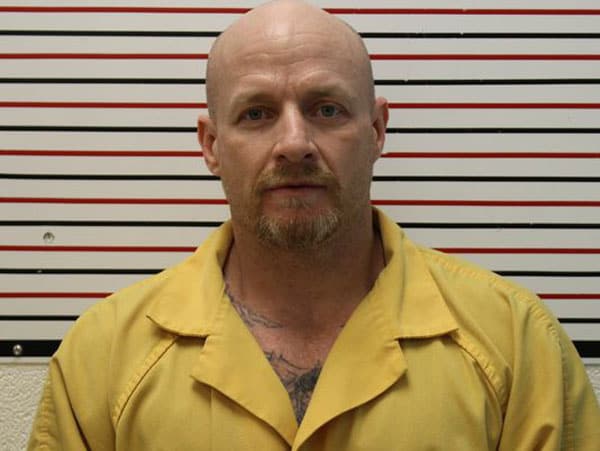 Jamie Lee Jones was sentenced Monday to 12 years in federal prison for firearm and drug offenses. (Photo: The Oregonian)

The Oregon man who initially possessed a handgun used to kill a Seaside police officer in February 2016 was sentenced to 12 years in federal prison for drug and firearm offenses, the Justice Department said Monday.

Jamie Lee Jones, 45, previously pleaded guilty to possession with intent to distribute methamphetamine and possession of a firearm in furtherance of drug trafficking. Under a plea deal, prosecutors previously dismissed two counts of threatening a witness with physical violence.

Federal authorities were led to Jones during the investigation into the death of Seaside Police Sergeant Jason Goodding, who was fatally shot by Phil Ferry as he attempted to serve a warrant. Ferry, in turn, was shot and killed by another officer.

The weapon carried by Ferry was a .380 caliber Davis P380 pistol, and a multi-agency investigation traced the weapon back to Jones.

Tips from Seaside residents and interviews with informants indicated that, around the time of the shooting, Jones was in possession of two guns at a drug house – the P380 and a .357 revolver. As Jones slept, Ferry stole the P380, along with methamphetamine. When Jones awakened to find the items missing, he reportedly burst into a violent fury and fired the .357, which prompted neighbors to call the police after hearing the gunshots.

By the time police arrived on the scene, the drug house was empty, but authorities obtained a search warrant for Jones’ apartment. Inside, they found distribution amounts of methamphetamine, a digital scale, packaging material, and two cell phones.

In an interview with investigators, Jones admitted to knowing Ferry and said the two were involved in a dispute over an alleged drug debt.

A text message dated just two days before Sgt. Goodding was killed said, “I’ll be by at five thirty with the pistol. Erase this text.” Investigators were able to trace the message back to a man who admitted to authorities he was a heroin addict and previously purchased heroin from Jones. The man told investigators on the day the text message was sent he was seriously ill from heroin withdrawal and Jones agreed to trade less than a gram of heroin for the man’s .357 revolver.

Although the .380 was traced back to Jones, the weapons charge stemmed from Jones’ possession of the .357.

When handing down his sentence, prosecutors pointed to Jones’ extensive and violent criminal history, which court documents show includes at least nine prior felony convictions and date back more than two decades.

“It is maddening to know that criminals involved in drug trafficking and the illegal possession of firearms continue to present a danger to our communities,” said Billy J. Williams, United States Attorney for the District of Oregon.

“It is our sincere hope that this sentence will offer some measure of justice – albeit small – to Sergeant Goodding’s family and the Seaside community,” Williams added.