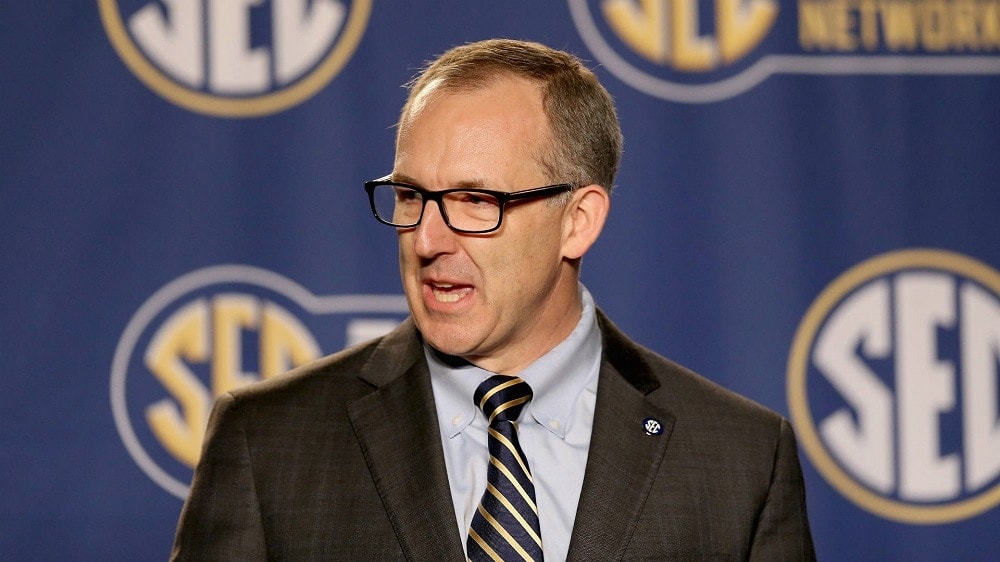 The Arkansas House Judiciary Committee approved an amendment Tuesday that would allow Arkansas college sports stadiums to apply for waivers exempting them from a new law that expands areas where concealed guns can be carried, and that’s just fine with SEC Commissioner Greg Sankey.

In a statement Tuesday, Sankey said he does not support allowing guns in college sports venues, arguing firearms in facilities such as Arkansas’s Razorback Stadium would not make those places safer.

“Given the intense atmosphere surrounding athletic events, adding weapons increases safety concerns and could negatively impact the intercollegiate athletics program at the University of Arkansas in several ways, including scheduling, officiating, recruiting and attendance,” he said.

According to the Trace, the current iteration of the amendment, Senate Bill 724, would require college sports stadiums and hospitals to submit a security plan to the Arkansas State Police. If approved, those facilities could then apply for an annual waiver that, as the amendment reads, “would designate certain areas as a firearm-sensitive area where possession of a concealed handgun by a licensee … is prohibited.”

Last week, a different version of the amendment was approved that would have simply exempted college stadiums and hospitals from Arkansas’ new law. However, the National Rifle Association voiced strong opposition to the amendment, as it has for the current amendment as well.

Chris Cox, executive director of the NRA’s Institute for Legislative Action, said on public radio that the original amendment was “a travesty with regards to not only the legislative process but the Second Amendment and law-abiding gun owners.”

The actual law — Act 562, formally known as House Bill 1249 — was signed by Gov. Asa Hutchinson last week and would allow concealed firearms to be carried in many more areas in the state, such as public college campuses and government buildings, so long as gun owners receive an extra eight hours of training.

The most recent version of the amendment to the newly signed law is set to be voted upon in the Arkansas House Wednesday or Thursday.