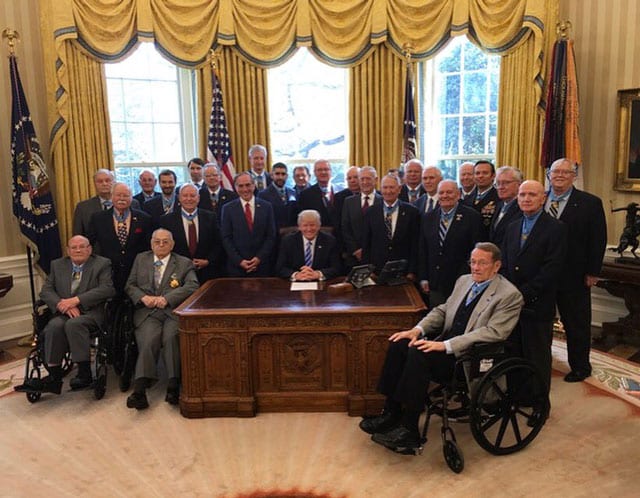 On Friday, President Trump met with 25 Medal of Honor recipients in the Oval Office to thank them for their service.

“Your acts of valor inspire us and they show us that there is always someone on the night watch to ensure a bright sun rises on America each and every morning,” Trump told the group of veterans, which represents one-third of the country’s living recipients of the medal, 22 of which openly endorsed Trump during his campaign.

The meeting came ahead of Saturday’s Medal of Honor Day commemoration, which was established by Congress in 1990 as a means to show support and honor, as well as increase public awareness.

“You have poured out your hearts, your sweat, and your tears like few others, and your blood, most importantly your blood for the United States of America,” Trump said.

“We thank you, very much thank you. You are the soul of our nation, and a grateful republic salutes you,” the Commander in Chief added.