A pair of SC lawmakers are building a community of preppers 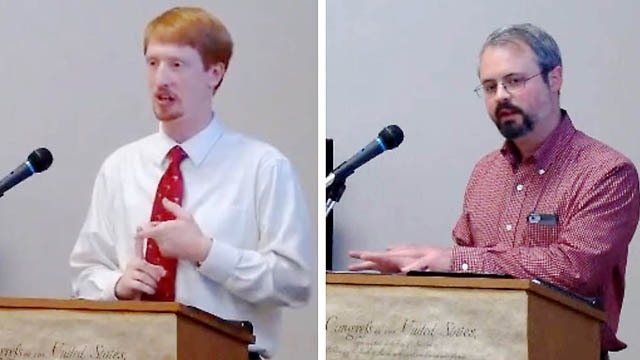 Two South Carolina lawmakers are preparing for the end of days by building a community complete with neighborhood centers full of food, ammo and education including tactical weapons training.

Rep. Josiah Magnuson, 25, and Rep. Jonathon Hill, 32, both from areas in northwest South Carolina are organizing the “Virtue Solution Project” — their proactive answer to the downfall of society.

“We are in crisis, but there is hope,” writes Magnuson in an outline of the project’s purpose. “We the People are, as a whole today, dependent on big government and big corporations in the ways we most should not be.”

The group’s vision for how to prepare is rooted in the ideals of America’s Founding Fathers, as well as a belief in God, and a focus on self-sufficiency and disaster preparedness.

“Our objective in the short term will be to create local centers that are prepared to be islands of refuge in a crisis,” wrote Magnuson. The centers will have reading material, tools, food storage, ammo, and will serve as a training venue.

In the long term, the group hopes to train one million neighborhood leaders. In his outline, Magnuson incorrectly calculates that to be 3 percent of the U.S. population, a possible nod to the militia group known as the Three Percenters. That group formed in the wake of 9/11 and is comprised of primarily former military, police and trained civilians who are often armed and consider themselves fierce Constitutionalists. Many of them are also preppers.

Under Magnuson’s vision, neighborhood leaders would guide about a hundred households towards spiritual renewal, education and self-sufficiency.

“When a community fulfills its responsibilities, it will be a lighthouse of liberty that defends the rights of those within it, provides accountability and encouragement to the elected officials who represent it, and shines a light to those around it,” wrote Magnuson.

Both Magnuson and Hill were home schooled, and both of their fathers were pastors, according to a report from the Post and Courier. Both men are Republicans.

“We’re not saying that everybody should go and pick up guns and go have a revolution,” said Hill.

Still, the pair want to be prepared for the worst.

“There’s probably going to be a lot of little crises, but there will eventually come a point where there is a major disaster of some sort in our country, in all likelihood,” said Magnuson in a December 2015 speech.

“We need to be ready for that, and that will give us an opportunity to have a fresh beginning.”