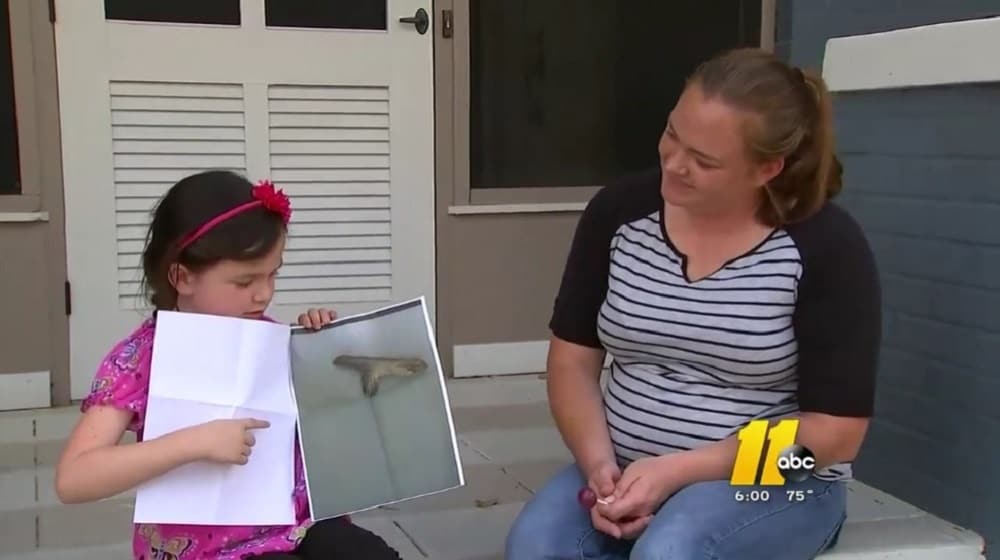 Five-year-old Caitlin Miller, sitting with her mother Brandy Miller, shows the “stick gun” she pretended to shoot on the playground. (Photo: ABC 11)

A 5-year-old-girl from North Carolina was suspended from school for one day this week for playing with a stick that looked like a gun.

According to ABC 11, kindergartner Caitlin Miller’s mother received a call from the principal last Friday about an incident in which Caitlin was playing a game called “King and Queens.” Caitlin, who was pretending to be one of the guards protecting the king and queen, reportedly picked up the stick and imitated shooting an intruder.

Officials from Hoke County Schools argued Caitlin posed a threat when pretending the stick was a gun, thus violating school policy and warranting a suspension.

“Hoke County Schools will not tolerate assaults, threats or harassment from any student. Any student engaging in such behavior will be removed from the classroom or school environment for as long as is necessary to provide a safe and orderly environment for learning,” the school system said in a statement.

Caitlin’s mother, Brandy Miller, told ABC 11 she understood the policy but that explaining it to her daughter was a difficult task.

“We know why it’s bad. We watch the news, but then I have to tell my kid you’re not allowed to play like that in school because people do bad things to kids your age,” Brandy Miller said.

Approximately 95 percent of people who responded to an ABC 11 poll regarding the incident thought that a 5-year old should not be suspended for playing with a stick that resembles a gun.