Looking for some antiaircraft guns for your boat? Gotcha covered (PHOTOS)

If you have a problem with low-flying German Messerschmitts or Japanese Zeroes, Rock Island Auction Company may have just what you are looking for in a pair of naval AAA mounts.

As part of their May Premier Auction, RIA has both an original early WWII fixed-dual mounted AN-M2 anti-aircraft gun for those who like their “triple-A” in .30-06 as well as a hulking WWII Navy Oerlikon 20 mm cannon.

The AN-M2 was a lightweight version of the famed Browning 1919 machine gun and had a blisteringly high rate of fire. Meant for use in SBD Dauntless dive bombers and similar aircraft to cover the plane’s rear from sneaky enemy fighters, they were often salvaged and used by Marine infantry as the field-produced Stinger LMG such as the one used by the legendary Cpl. Tony Stein.

RIA’s pair of AN-M2s are on an MK II Mod 3 dual mount containing transferable Colt and General Motors-made guns and a rare first generation illuminated sight on a shielded pintle mount. Total weight is about 200 pounds, so you aren’t going to tote it around very much, and its auction estimate is $45,000 – $70,000, but this is about as collectible as you can get. 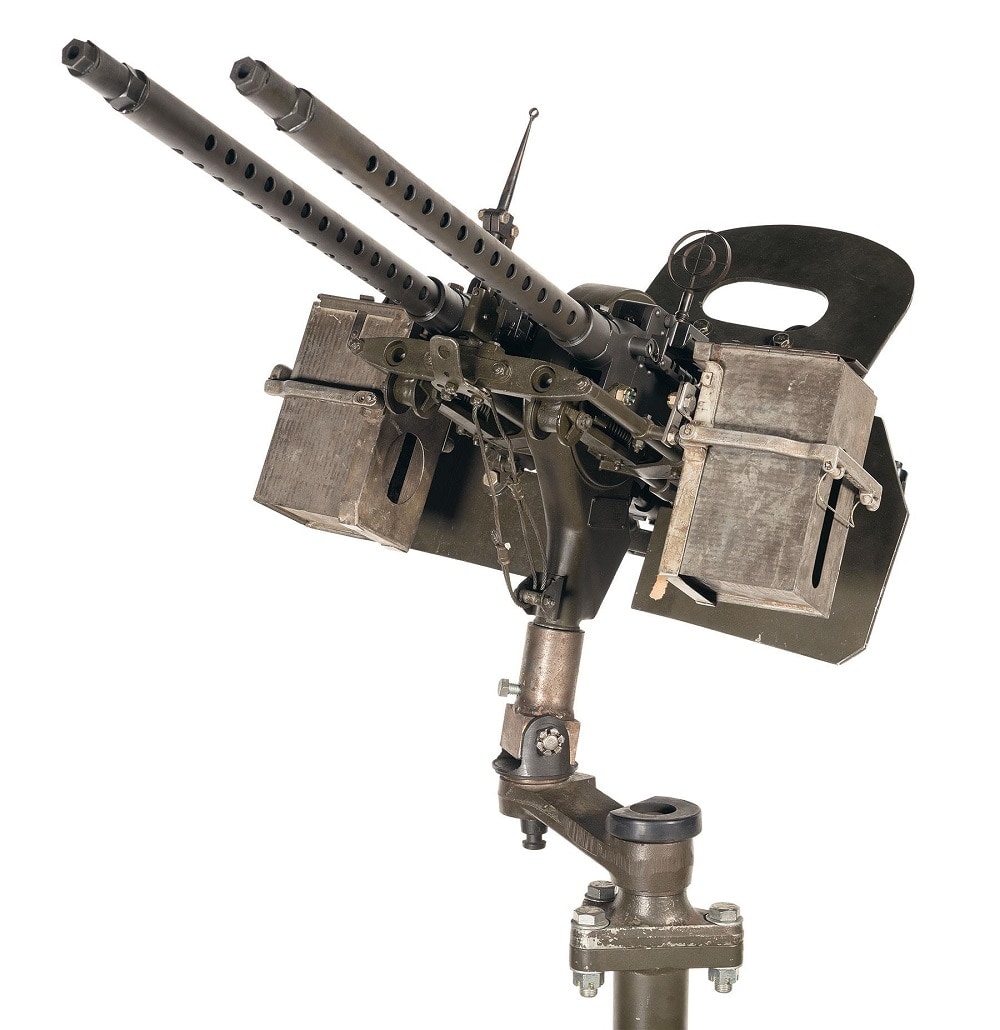 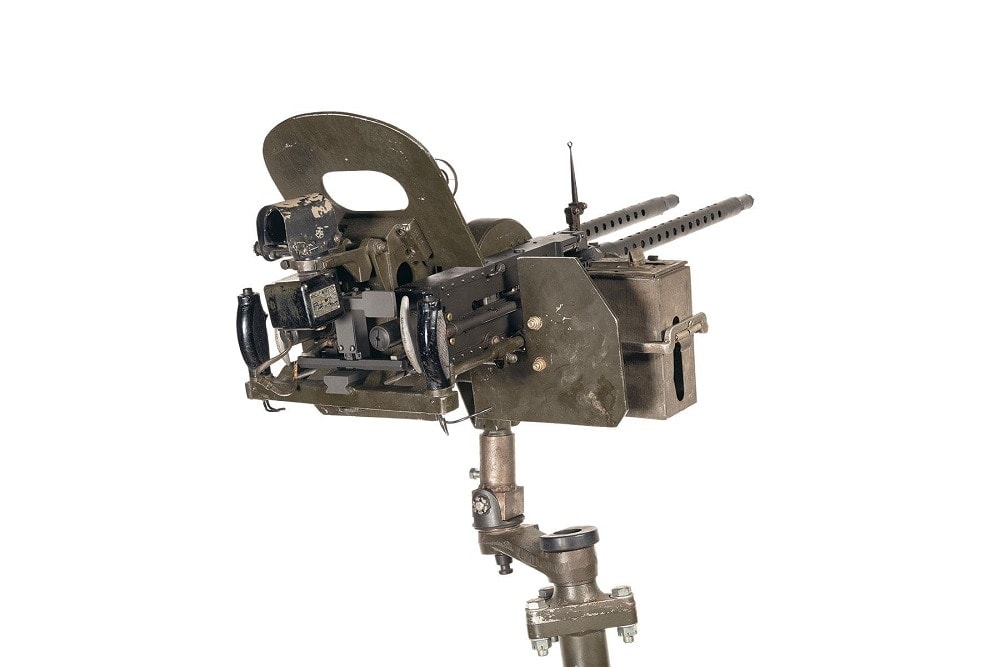 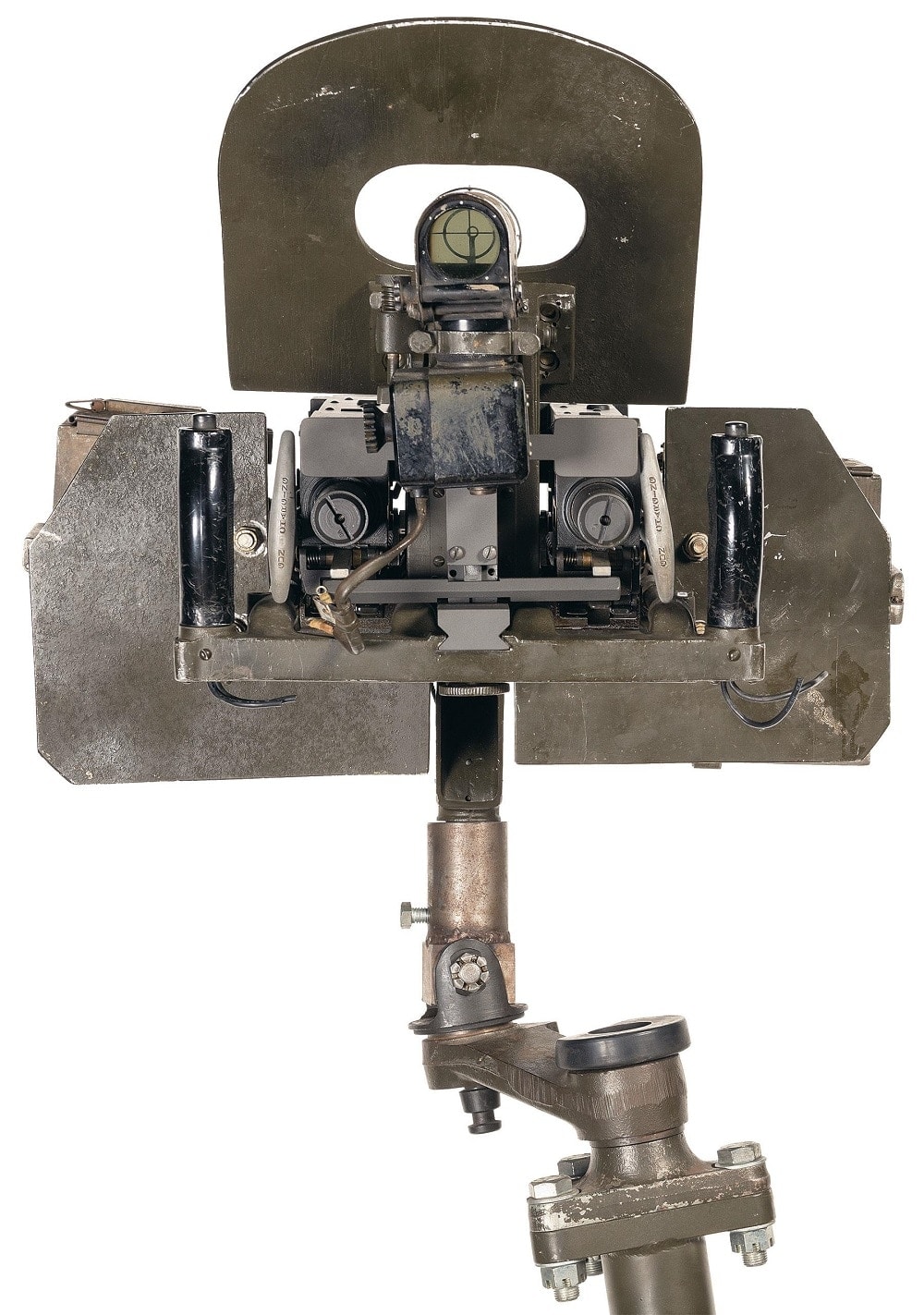 “This is probably one of the rarest WWII machine gun mounts sets that are still in existent as probably 99% of these were scrapped after WWII since they had no further application for them with the very few know examples only found in an aircraft or Navy museum,” notes RIA.

The second Navy AAA platform up for grabs is a vaunted MK4 Oerlikon 20 mm cannon on a deck mount made by the Pontiac Division of General Motors. These Swiss-designed guns were mounted in quantity on just about every ship the U.S. Navy put on the water in World War II and saw lots of combat in the struggle to allow Kamikazes to die for their Emperor with the caveat that they do it alone. While you can’t get 20x110RB ammo at your local big box sporting goods store these days, you can roll your own. 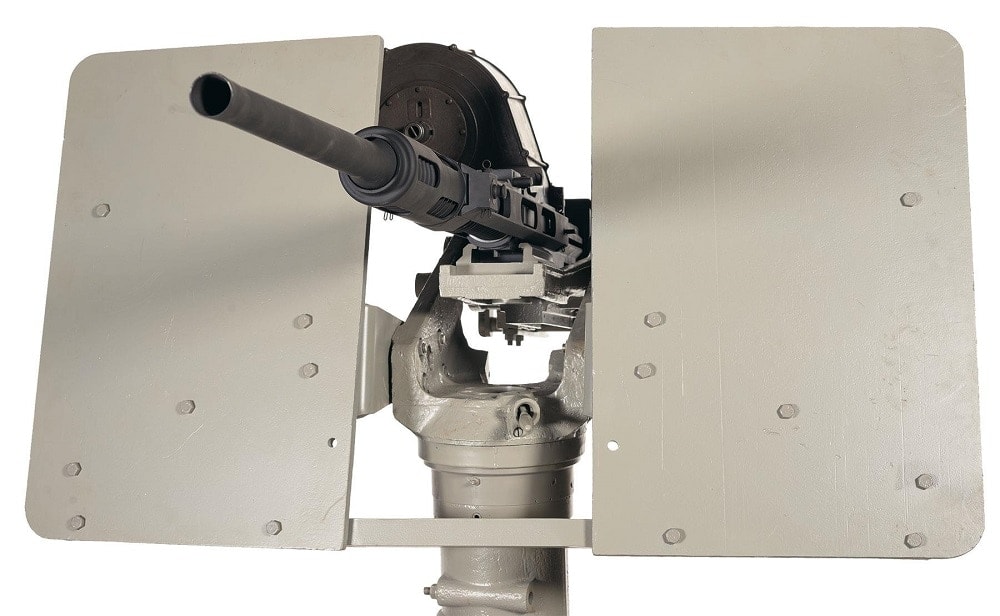 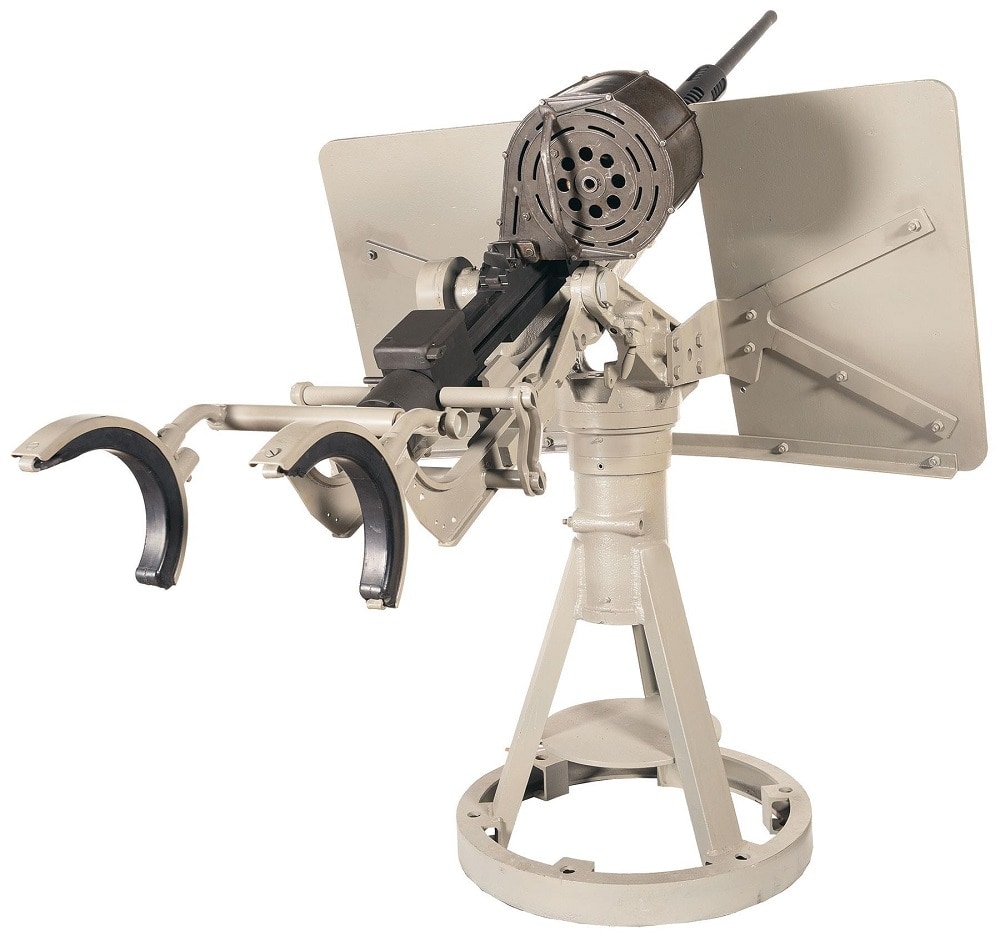 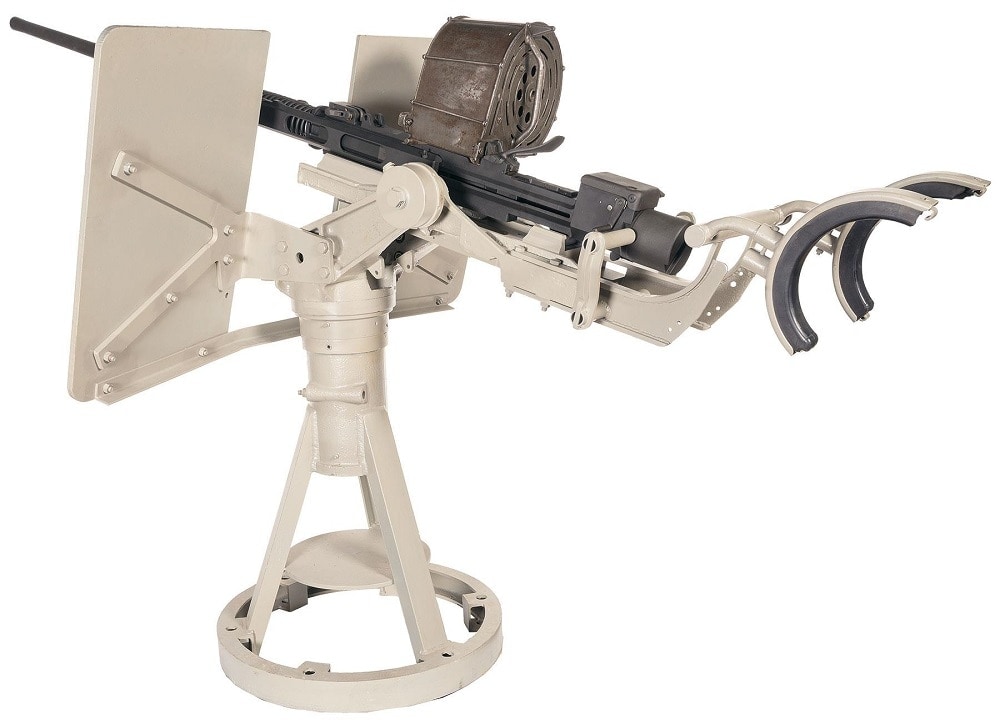 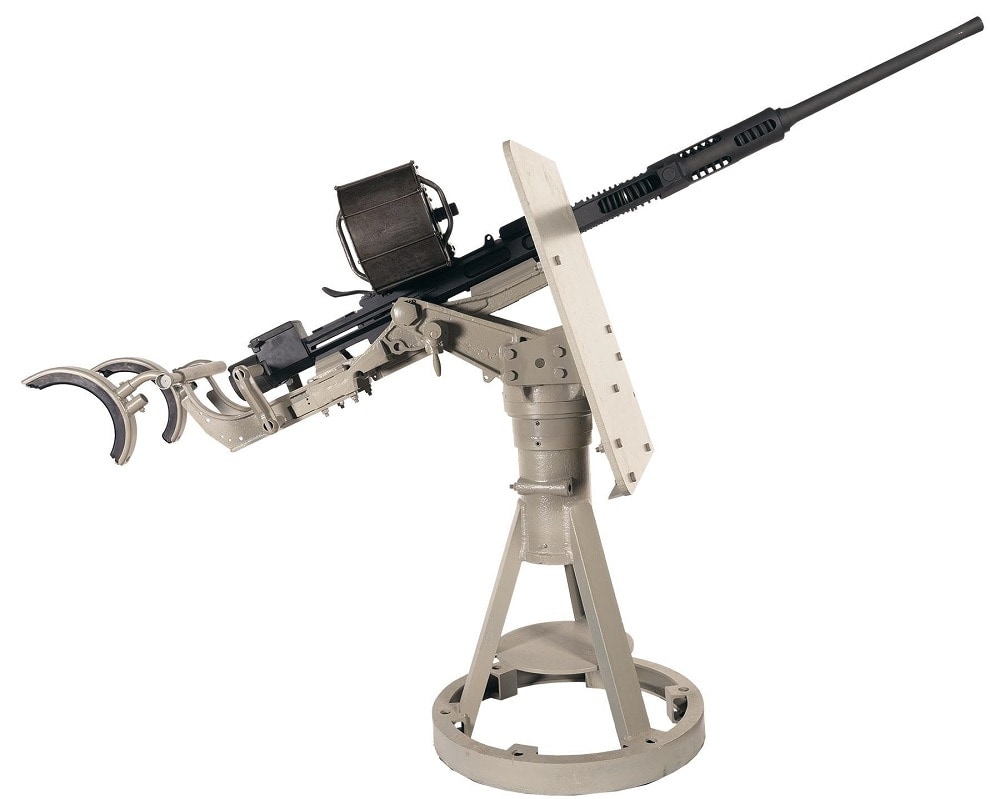 Estimated auction price for the piece which includes the 60 round drum mag and the mount is $25,000 – $40,000, but you are really getting a piece of history.

“Unfortunately with the advent of jet fighters in WWII, they rendered this type of weapon as obsolete, and consequently soon after WWII the Navy destroyed almost all of these as scrap and only a very few examples were ever sold to the general public,” notes RIA.