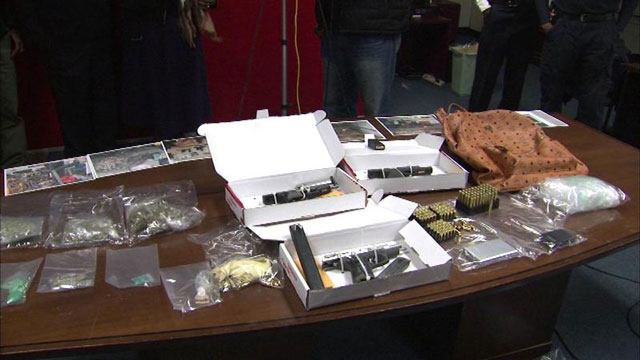 “There are several people in the 40-minute video with guns and drugs,” said Sean Howard, spokesman for the Harvey Police Department. “The group even sold marijuana to an individual while the video was being recorded. The group boasted of dog fighting and admitted that there was a deceased dog in the garage. The dog died during a fight with another dog.”

Authorities obtained a search warrant after detectives watched the video and recognized at least 20 of the individuals as known gang members, including a well-known drug dealer, Howard said.

During an early morning raid, authorities found a large amount of marijuana and a “significant” amount of a substance believed to be cocaine. Police also recovered several guns, as well as the dead dog and two more “poorly-treated” dogs.

Three people were arrested, including a gang leader known as “MONK,” who was on house arrest at the time of the raid.