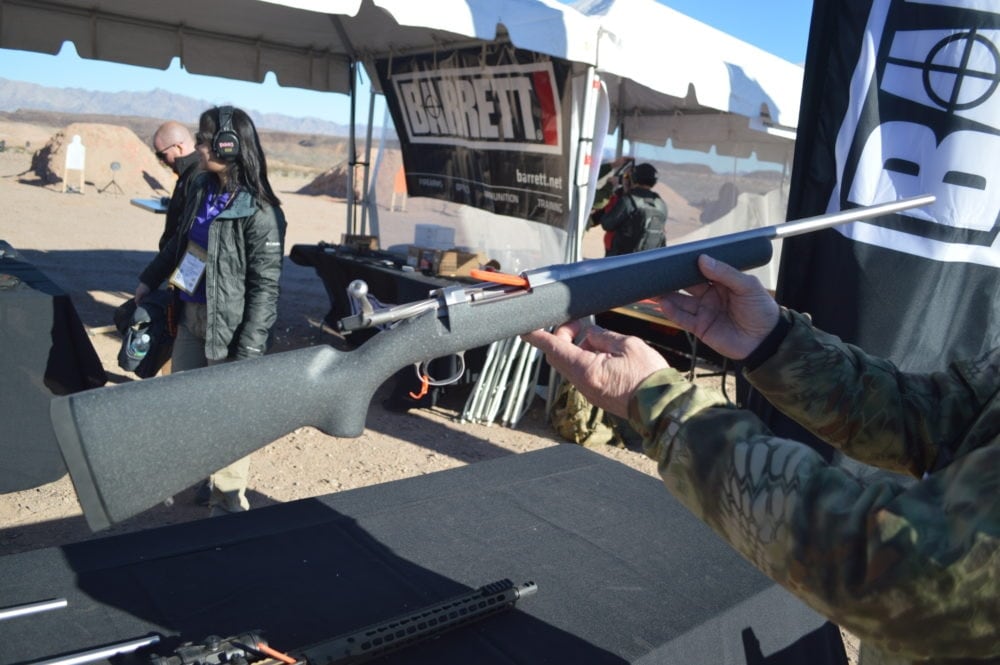 The Fieldcraft rifle was on display at SHOT Show in January, but will soon be in consumers’ hands. Barrett says the rifle was designed for long days in the field when carrying the wrong rifle can become burdensome. The long gun pairs an ultra lightweight design with heavy-duty performance.

Weighing a mere 5 to 6 pounds, the 44.3-inch length rifle ditches the one size fits all approach in favor of a tailored gun suited for each caliber it shoots. With nine total calibers to choose from, including the booming 6.5 Creedmoor and the power packing .308 Winchester, Barrett says each model is calibrated for the specific cartridge it fires. Barrel length fluctuates between 21 and 24-inches depending on caliber.

The stock is constructed from hand-laid carbon fiber which offers less weight while providing a rigid platform for shooting. The stainless steel actions are fully hand bedded to the stock, optimizing accuracy on the rifle.

“Fieldcraft is the latest representation of our philosophy to build the highest performance rifles for every application,” Barrett said in a press release. “Even though we are known for making the world’s finest military-grade rifles, we love to hunt. Recently we introduced the Barrett Sovereign shotgun line, and now we have created the ultimate hunting rifle.”