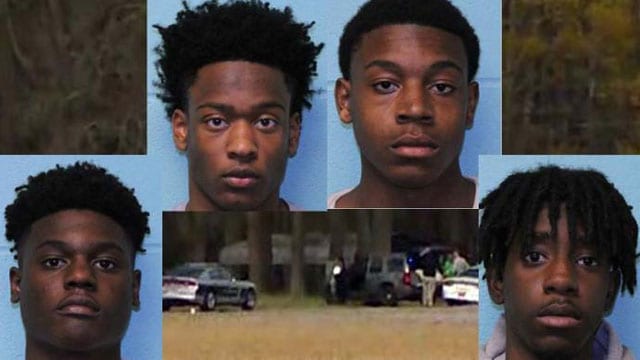 A 17-year-old boy was shot after he broke into a Greenville, North Carolina, home Monday afternoon and now he and his four accomplices – all 18 and under – are all in police custody.

The homeowner said he was remotely alerted to the break-in by an alarm and camera system around 2:45 p.m. and as he headed home, he called the police to inform them of the crime in progress. The man arrived at his home before authorities and was approached by the group of teens, prompting him to open fire.

The suspects fled from the home, but one was immediately caught by responding deputies. A second suspect, Corey Jones, Jr., who was shot in the arm by the homeowner, was found in a nearby field. He was treated at a local hospital and released into police custody.

The remaining three suspects were apprehended around 10 p.m. following an extensive search by law enforcement. They were identified as 17-year-old Nasym Harris, 17-year-old Darryl Blunt, Jr., 18-year-old Nyshiem Cantley, and 17-year-old Tzyire Cantley. All five are facing charges for breaking and entering, larceny, possession of stolen goods, and felony conspiracy. No charges are expected to be filed against the homeowner.