Deputy killed by fellow officers for refusing to put down gun 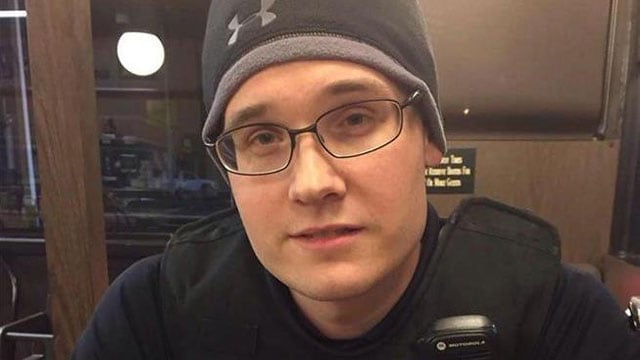 Daniel Hendrix was a corrections deputy with the Hamilton County Sheriff’s Office who turned 26 just hours before he was fatally shot. (Photo: Facebook)

An off-duty corrections officer celebrating his birthday with friends at his Chattanooga home early Wednesday morning ended in his death after he refused to put down a gun.

It’s unclear why Daniel Hendrix, 26, became agitated with his friends, armed himself with a gun, and threatened the two women, both off-duty Chattanooga police officers, according to the Tennessee Bureau of Investigation.

The two women were able to flee from the home and call 911 around 1:30 in the morning, the agency said. Then, two on-duty Chattanooga officers responded to the scene and found Hendrix in his backyard.

Without releasing specific details, the agency said the situation “further escalated” prompting one of the officers to fire his service weapon four times. Hendrix was hit and later transported to a local hospital where he was pronounced dead a short time later.

The agency is still investigating what caused Hendrix to “have changed his demeanor,” but did say he had been drinking.

TBI did not release the names of the other officers involved. The agency launched the investigation at the request of the district attorney general, which will decided whether or not the shooting was justified.

Hendrix had been employed by the Hamilton County Sheriff’s Office since 2013. Hamilton Sheriff Jim Hammond called the incident “unfortunate” and offered his condolences to Hendrix’s family and prayers to all of those involved.