Efficacy of background checks still up for debate, 36 years after the assassination attempt that spawned NICS 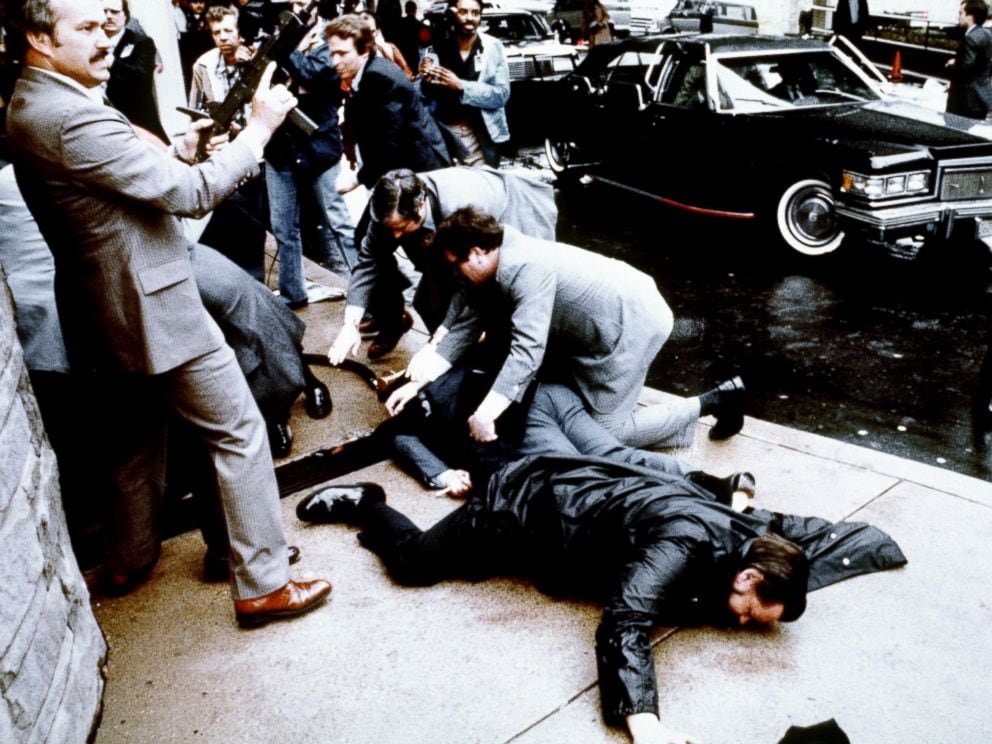 On March 30, 1981, a man trying to impress Jodie Foster opened fire on then-President Ronald Reagan as he left a hotel in Washington, D.C., striking and permanently disabling his press secretary Jim Brady.

More than a decade later, Congress approved the Brady Handgun Violence Prevention Act, which requires a background check for all handguns bought through federally licensed dealers. Brady and his wife, Sarah, lobbied for the measure in coordination with the Center to Prevent Handgun Violence, the original name for the Brady Campaign to Prevent Gun Violence, for six years.

Since the Brady bill went into effect, the FBI has processed more than 257 million background checks for gun purchases and concealed permit applications, however, the debate about the legislation’s impact on gun violence is still fraught as ever.

“The law has been an unqualified success,” the Brady campaign says on its website. “Since 1994, more than 2 million attempts-to-purchase at gun stores by prohibited purchasers have been stopped from buying guns. This simple step protects everyone — gun owners and non-gun owners alike — from the danger of guns falling into the hands of criminals and other prohibited purchasers.”

Except, gun rights advocates argue, when it doesn’t.

“What did the Oregon killer, the WDBJ killer, the Charleston church killer, the Santa Barbra killer, the Maryland mall killer, the LA airport killer, the DC Navy yard killer, the Aurora movie theater killer, the Tucson killer, the Virginia Tech killer and both Fort Hood killers have in common? Every single one of them passed a background check,” said Wayne LaPierre, executive vice president and CEO of the National Rifle Association in a January video campaign against expanded background checks. “If you cast a net and the fish swim through the holes, you don’t need a bigger net. You need tighter holes.”

LaPierre blamed the National Instant Criminal Check System’s failures on “politicians” who don’t demand states update the system with the records of the adjudicated mentally incompetent and others prohibited from buying a firearm.

He said three quarters of states submit less than 80 percent of their felony convictions to NICS, keeping 7 million prohibited purchasers “in the dark.”

“And until the politicians demand that they are submitted, killers who are legally prohibited from owning firearms will walk into gun stores and pass every background check they take,” he said.

The Brady campaign and other gun control groups argue the solution is universal background check laws that close the perceived loophole allowing prohibited purchasers to buy guns through private sales.

“Today, some dangerous people can still get their hands on guns. And Congress and the Trump administration are making it easier!” said Dan Gross, president of the Brady campaign, in an email Thursday. “They have tried to dismantle Jim Brady’s legacy by narrowing the list of prohibited purchasers — allowing fugitives to buy guns and deleting the names of 174,000 vulnerable veterans whose mental illnesses make them a danger to themselves or others.”

Earlier this month, the House of Representatives approved the Veterans Second Amendment Protection Act. The proposal prohibits the VA from automatically forwarding records of beneficiaries assigned fiduciary trustees to the FBI as “mentally defective,” a prohibited purchaser category in NICS.

In February, President Donald Trump signed a measure overturning a similar Obama-era rule that added some social security recipients to the prohibited purchasers list if those recipients couldn’t manage their finances due to a mental disability.

Aside from the public policy debate,  the research on the effectiveness of background checks produces just as many conflicting results, according to one researchers from the University of Nevada Las Vegas.

William Sousa, professor and director of the Center for Crime and Justice Policy at the university, said during a public meeting last year about Nevada’s universal background check voter referendum, the data can be used “to support both sides of the argument.”

He said research regarding whether prohibited persons will be deterred from buying a weapon — and later committing a crime — by a background check provides some beneficial evidence, but with limitations.

“People who fail them don’t get in as much trouble as people who pass them,” he said. “But here is the caveat, the sample is very limited. It assumes people will go through a background check. The evidence is fairly strong that background checks are effective on the subgroup of people who subject themselves to them.”

Jennifer Crowe, a spokeswoman for Nevadans for Background Checks, during the same meeting challenged the notion that background checks don’t stop criminals and argued states with universal background checks, such as Colorado, see rates of gun-related murders involving law enforcement and domestic violence victims cut in half.

“We’ve heard several times that criminals don’t go through background checks and that’s just not true,” she said, noting the FBI has denied 5,379 gun sales in Nevada to “felons, domestic abusers and other prohibited people” this year alone. “They don’t need to go find some corrupt seller in a dark alley. They can simply go online, meet up somewhere and get a gun because background checks are not required.”

Crowe said closing the “gaping hole” in current law will “level the playing field and save people’s lives.”

Nevada voters narrowly approved the universal background check referendum by less than 10,000 votes. Some 16 of the state’s 17 counties rejected the measure, which is currently on hold after Attorney General Adam Laxalt deemed it unenforceable in an opinion issued in December.

Sousa said, however, current research doesn’t settle the debate one way or another, saying “most studies on this do not establish a causal connection between background checks and community violence.”

“The results are some of the studies show a correlation to lower homicides, but the catch is that most of these studies are really weak by social science standards,” he said. “Correlation does not equal causation. Just because there are fewer gun-related officer deaths in states that close the loophole, that doesn’t mean closing the loophole led to fewer gun-related officer deaths … maybe it’s just a coincidence.”

“So there you go. Probably, possibly and maybe … but it speaks to the point,” he added.