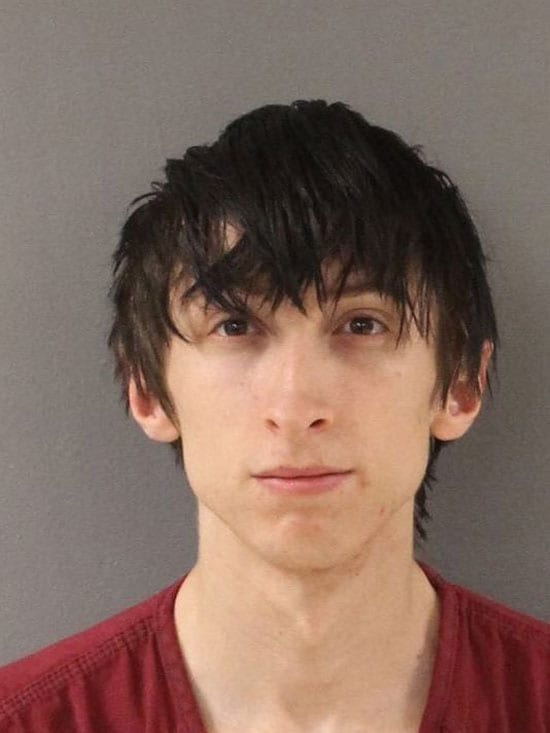 A 26-year-old man who went to a Knox County home earlier this month with plans to meet a 13-year-old girl for sex found the girl’s father, who was armed with a gun, waiting for him instead.

According to the March 13 criminal complaint, Justin Kyle Phelps, 26, used fake Facebook profiles of two different teenagers to persuade the girl to agree to engage in sexual acts with him and disclose her address so he could meet her for said acts.

Authorities learned that in December the girl received a Facebook friend request from a girl named “Vicky,” who claimed to also be a 13-year-old girl with a mutual interest in modeling. However, authorities believe “Vicky” was a fake profile created by Phelps.

While the conversations between “Vicky” and the young girl appeared to start off as innocent, “Vicky” later pushed the conversations to the topic of sex, with “Vicky” offering to introduce the girl to a teenage boy who she said would help “teach her” about oral sex. “Vicky” also sent supposed photos of herself in questionable poses to the young girl, asking her to recreate the same photos of herself and share them with “Vicky.”

Some time later, the girl received another friend request from “Justin Meh,” who claimed to be a 17-year-old boy and a friend of “Vicky.” Authorities believe this profile was also created by Phelps.

Over the next two months, “Vicky” and “Justin” messaged the girl and talked frequently about oral sex. The two tried to convince the girl to share nude photos of herself and eventually persuaded her to disclose her address so that “Justin” could meet her.

In February, “Justin” made arrangements to come to the girl’s house, but upon his arrival the family dog began to bark, alerting the girl’s mother that something was awry. When the mother entered the girl’s bedroom to check on her, she saw what she described as a “very thin male” attempting to climb through the bedroom window. The male, believed to be Phelps, fled from the scene after seeing the girl’s mother.

A search of the area by local law enforcement turned up nothing. However, after the incident, the girl confessed to her parents about the conversations she had with “Vicky” and “Justin.”

The girl’s parents then got on Facebook, pretended to be their daughter, and invited “Justin” to come back over. It was when Phelps, pretending to be “Justin,” returned to the girl’s house that he was met with the girl’s father holding a gun.

Phelps fled from the home once again, unharmed, but the Knoxville Internet Crimes Against Children Task Force became involved in the investigation. According to Agent Chris L. Jones, who filed the criminal complaint against Phelps, the Task Force created a fake profile, pretending to be a 13-year-old girl who promised oral sex with Phelps. When Phelps showed up at the appointed meeting place, he was apprehended by authorities.

During the investigation, the Task Force learned Phelps was a registered sex offender previously convicted of sexual exploitation of a minor and according to the criminal complaint, which did not elaborate, a search of Phelps’ phone showed evidence of other potential victims.