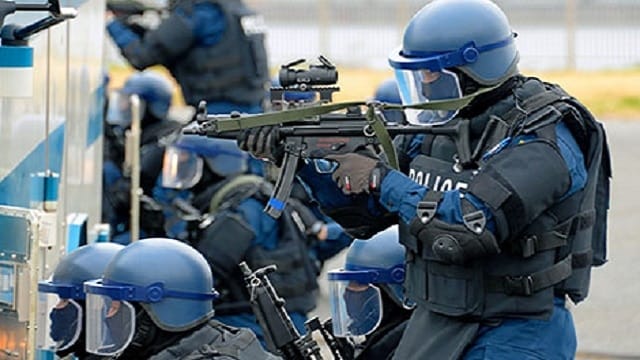 A special armed unit in Osaka, Japan, trains taking down a suspect (Photo: Ryuta Sometaya via The Asahi Shimbun)

A special armed police unit is being formed in Osaka, Japan, to respond to gun-related incidents, including terrorism.

The unit, called the Armed Response Team, will be equipped with sub-machine guns and will be required to complete training on how to deal with gun-toting criminals, according to The Asahi Shimbun.

All of Japan’s 47 prefectures have special units, but none solely responsible for combating perpetrators armed with guns.

ART members are expected to be first responders to gun-related incidents, and then the department’s Martial Arts Attack Team and Special Assault Team will swoop in to provide support. The teams will then work together to arrest or take down the criminals.

The ART was in part assembled due to recent terror attacks in public places in Europe.

Japan is known for having very low gun crime rates, as well as strict gun laws, but has not completely eradicated the problem.

A gun incident that occurred in Wakayama last year, in which police were delayed in responding, also acted as a motivating factor in the unit’s formation.