American-made AK-47s: How the military is helping push new products to consumers 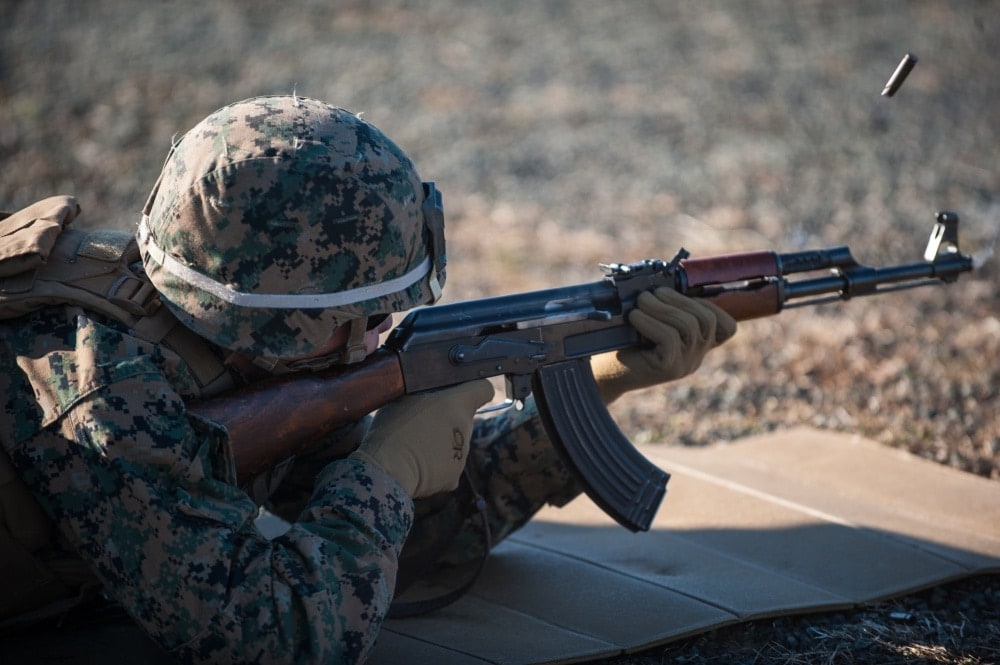 Last June, officials within U.S. Special Operations Command published a notice seeking more information on “non-standard” weaponry. A type of market research, the solicitation listed a variety of platforms the elite military organization was interested in trying out. Nestled within the specifications was a request for the AK-47, with specific attention paid to American-made rifles.

SOCOM’s announcement set the gun industry on fire, ultimately prodding American-based manufacturers to elevate its AK game in order to nab the attention of the military elite. This push to equip America’s bravest resulted in a side-effect that has played to the advantage of gun owners. As gun makers designed military specific AK-47s, they began releasing commercial models to consumers on the side.

Last month, Century Arms unveiled new additions to its AK-style pistol lines with the C39v2 and RAS47. Sporting 10.6-inch barrels perfect for close combat firefights, both guns feature a bevy of attributes aimed at potential military operations. Century confirmed in a statement that the company built the new civilian AKs while expanding its products for government contracts.

“As we were developing our full-auto and short-barreled models for various contracts, the pistol variants were a logical offshoot for the commercial market,” Jason Karvois, Century’s director of sales, said in a statement.

“Inter Ordnance was approached to manufacture a reliable domestic made AK-47 for the defense industry. We have submitted our products for evaluation to the United States Government,” the statement said. “Their input and guidance helped us achieve a second to none quality and reliability standard. These improvements raised the level of our rifles to and above the level of the defense industry’s standards. All improvements are now incorporated into our commercial product line.”

The original AK-47 design was introduced by Russian Lt. Gen Mikhail Kalashnikov in 1947. Renowned for its utility and rugged design, the rifle’s function has propelled it into one of the most popular weapons, with between 70 million and 150 million in use across the globe.

Though the rifle has proven itself to be a veritable option for military applications, some industry experts expressed confusion and disbelief that American AKs would be even be considered due to high production costs.

In an article published by the Tampa Bay Times after SOCOM’s notice in June, both Trident Arms and Serbu Firearms told the newspaper that foreign-made AK-47s are not only readily available but offered at a better price point.

“The factories around the world set up to do that are doing it with dirt-cheap labor,” said Mark Serbu, president of Serbu Firearms. “I don’t know how to compete here. I am surprised they are trying to do that. It doesn’t make sense.”

Greg Frazee, CEO of Trident Arms, agreed, saying at the time, “It is cheaper to lay hands on a couple containers of foreign AK-47s from overseas than manufacturing them and then exporting them.”

I.O.’s founder Ulrich “Uli” Wiegand alongside Benjamin Worrell, owner of Purple Shovel who acts as the exclusive government distributor of the company’s AK-47s, acknowledged the high production costs in a recent article published by the same newspaper in March; however, Worrell added that overall logistics and administrative costs decrease when production is kept stateside. The result is a wash, according to Worrell.

The economic benefits of homegrown manufacturing also can’t be denied when determining whether American AKs should occupy certain segments of the U.S. military.

Wiegand said in addition to creating jobs, his company is contributing to the economy by buying parts from U.S. companies. I.O.’s Florida-based operations also boost the local economy. The company poured nearly $5 million into its plant with approximately $3 million to $5 million more needed for new equipment and work stations. The investments are proving profitable for the Sunshine State, which has noticed the positive economic contributions I.O. has made.

“Their investment further enhances our manufacturing base and provides a positive impact for the region,” said Lynda Weatherman, president and CEO of the Florida Space Coast Economic Development Commission.

For what it’s worth, the military has clarified that taxpayer funds are better served on American soil by U.S. companies producing guns that are easy for troops to use with supplies that are readily available in the regions they serve.

Though SOCOM’s search for an AK-47 is still on-going, the group’s interest generated enough buzz that now consumers are reaping the benefits with a bevy of new AK toys.