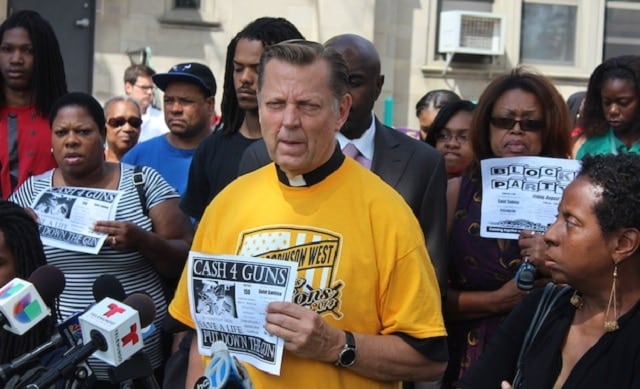 People lined up at St. Sabina Catholic Church in Chicago on Saturday to trade in their guns for gift cards.

According to CBS Chicago, Father Michael Pfleger has hosted these events in the Auburn-Gresham neighborhood for years, but this particular one felt special to him.

“We wanted to do it on this weekend because on Tuesday is the anniversary of Dr. King’s assassination – killed by a gun,” Father Pleger said.

Before the doors even opened at 10:00 a.m., people were waiting to exchange their guns for $100 gift cards.

“Is there going to be some junk guns? I’m sure,” Father Pfleger  said. “But I’ve also watched assault weapons come in. I’ve watched some young brothers come in who want to make a turn in their life and say, ‘I just want to get rid of this.’ We take some guns off the street, and some guns that may have already shot somebody, or may shoot somebody. It’s a good day.”

The church will take guns any time and receives them several times a month.