Indiana man gets 2 years for illegally selling handguns in Chicago 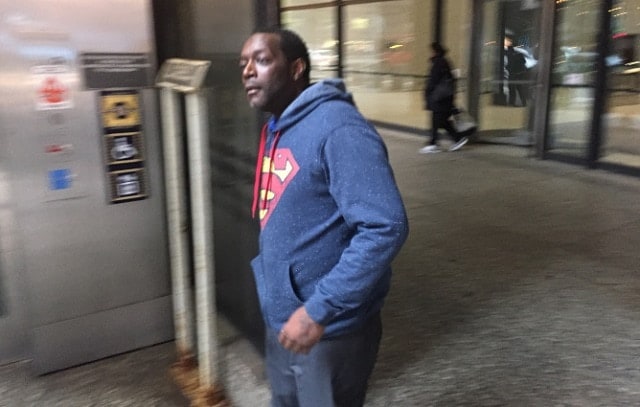 Willie Lee Biles Jr. walks outside of the Dirksen Federal Building in Chicago after being sentenced to two years in prison (Photo: Chicago Sun-Times)

An Indiana man was sentenced Thursday to two years in federal prison for illegally selling handguns to gang members on the west side of Chicago, according to a statement from the U.S. Attorney’s Office.

In 2016, a jury convicted Willie Lee Biles, Jr. of dealing guns without a license. In the fall of 2013, he transported handguns on a Megabus multiple times and then sold the firearms for more than twice the price he had payed for them from licensed dealers in Indiana.

Biles did not ask buyers to show identification and never verified whether or not they could legally possess firearms in any of the transactions. Law enforcement later recovered 12 of the guns Biles sold, and at least one of the buyers has been convicted of being a felon in possession of a firearm.

“The defendant conducted no background checks on his ‘customers,’ required no waiting period, and kept no records,” Assistant U.S. Attorneys Christopher V. Parente and Elizabeth R. Pozolo said in the sentencing memorandum. “These firearms have been used in attempted murders, recovered from documented gang members, convicted felons, and hidden inside drug stash houses.”

The Chicago Sun-Times reported that Judge Ellis would have sentenced Biles to the maximum five years but instead doled out the two-year sentence due to Biles’ end-stage renal disease.

“You had absolutely no idea where those guns were going, how they would be used or where they would end up,” Ellis said, telling Biles that he was “exceedingly irresponsible.”