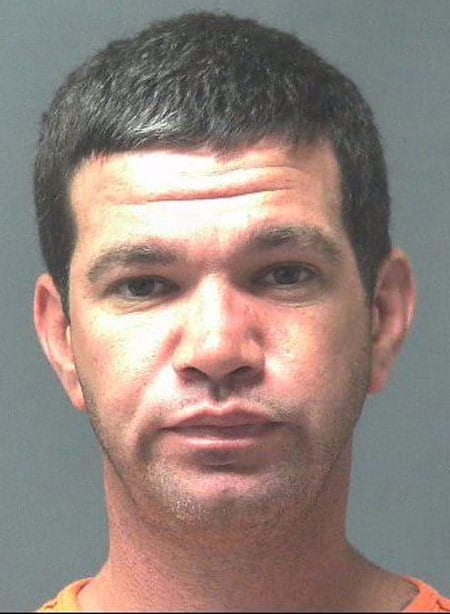 A 37-year-old man pleaded with an Alabama homeowner not to shoot him after he was caught breaking into an Escambia County home early Saturday morning.

The homeowner said he armed himself with a handgun after his family awakened to the sound of breaking glass around 2 a.m. and realized someone was inside their home. As the homeowner made his way into the living room, Robert Ryan Delgadillo, who was hiding behind the couch, rose up and asked the homeowner not to shoot. The homeowner held Delgadillo at gunpoint while his wife called 911.

Deputies arrived a short time later to find Delgadillo lying face down on the floor with the homeowner’s gun trained on him. He was taken into custody without incident and charged with first-degree burglary. Delgadillo, who was also found to be in violation of probation stemming from an unrelated charge, was held on a $50,000 bond at the Escambia County Detention Center.

The homeowner and his family were not injured, and no shots were fired.