Man charged with felony after firing at fiancé’s attackers 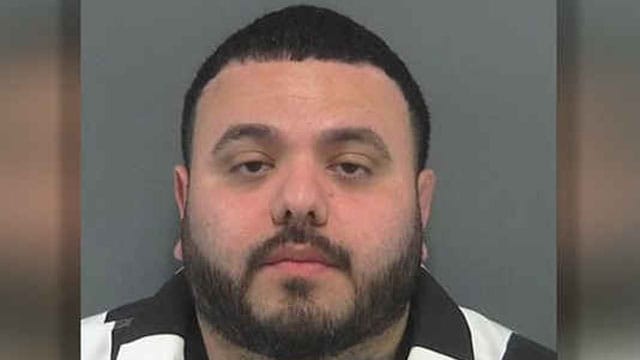 If convicted, Jeremiah Morin could face up to 10 years in prison. (Photo: Montgomery County Sheriff’s Office)

A 34-year-old man is facing felony charges after he fired a gun at two men who attacked his fiancé outside of their Spring, Texas, home Friday morning.

Jeremiah Morin was arrested without incident and charged with third-degree felony deadly conduct. According to a press release from the Montgomery County Sheriff’s Office, Morin fired indiscriminately and in a reckless manner with complete disregard as to whether the surrounding homes and vehicles were occupied by other citizens.

Authorities say the incident occurred around 11:45 a.m. as Morin’s fiancé was arriving home with her two children, ages 9 months and 4 years. The woman had taken the younger child inside the house and was walking back outside to bring in her 4-year-old when the woman was approached and attacked by two men wearing ski masks and gloves.

The suspects grabbed the woman and, according to witnesses, placed her in a choke hold and dragged her across the front yard. Moments later, Morin emerged from inside the home, armed with a gun, and started firing.

As soon as shots were fired, the two suspects ran off, but Morin went to the end of his driveway and fired an additional five rounds in the direction of the fleeing suspects down what was described as a “very crowded street.” There was no evidence at the scene to suggest the suspects were hit.

The sheriff’s office noted that neither Morin or his fiancé called the police after the incident and, in fact, appeared irritated that concerned neighbors called authorities. Police also say responding officers were met with “resistance and a lack of cooperation” from the couple, who made it clear they did not wish to press charges if the woman’s attackers were caught.

After obtaining a search warrant, deputies entered the home where the incident occurred and found two guns as well as several spent shell casings. Morin is a known member of the gang Tango Blast and investigators are looking into whether his fiancé, as well as her assailants, may also have gang affiliations.