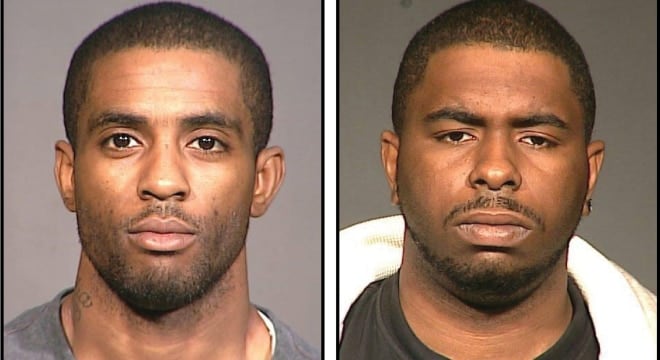 Anthony Black, 33, left, of Savannah, Georgia, and Rasheem Greene, 24, of Lake Park, Florida, were arrested for their role in what police describe as a gun trafficking scheme up the so-called “Iron Pipeline” (Photos: Queens DA’s Office)

New York authorities announced Friday two men were arrested for their involvement in a conspiracy to traffic firearms to the city from Georgia and Florida.

Anthony Black, 33, of Savannah, and Rasheem Greene, 24, of Lake Park, Florida, were charged with multiple counts of criminal possession and sale of a firearm and unlawful possession of pistol or revolver ammo.

In a joint statement, Queens District Attorney Richard A. Brown, and NYPD Commissioner James P. O’Neill, said the men sold 13 handguns in four different buys between February 2016 and last month to undercover officers at a Home Depot parking lot in a Queens park.

Brown called out the latest sting as further proof of the existence of the “Iron Pipeline,” the corridor up I-95 from southern states with comparatively lax firearm laws to New York, which has some of the strictest gun laws in the country.

He argued “greedy unlicensed gun sellers use to unlawfully bring their deadly wares to New York, putting the lives of honest citizens at risk just to turn an enormous profit.”

The DA’s office detailed the undercover sting operation, saying Black communicated with undercover officers of the NYPD’s Firearms Suppression Section by phone call and text message, setting up the daylight meets. In each case, he sold the officer handguns at inflated prices. One exchange, for two Hi-Point pistols was for $1,500. Another Hi-Point sale that included a 9mm S&W pistol and a .45ACP Taurus went for $,2550.

Greene sometimes came with Black and served as a lookout. Brown’s office released the following images of the 13 firearms bought from Black as well as five weapons seized from his Kia on March 29. 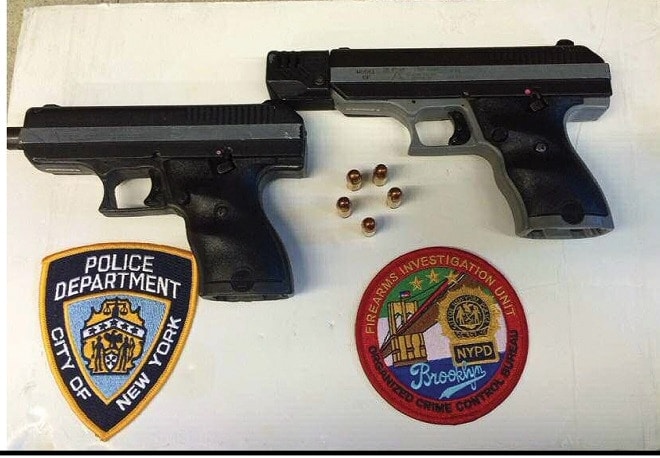 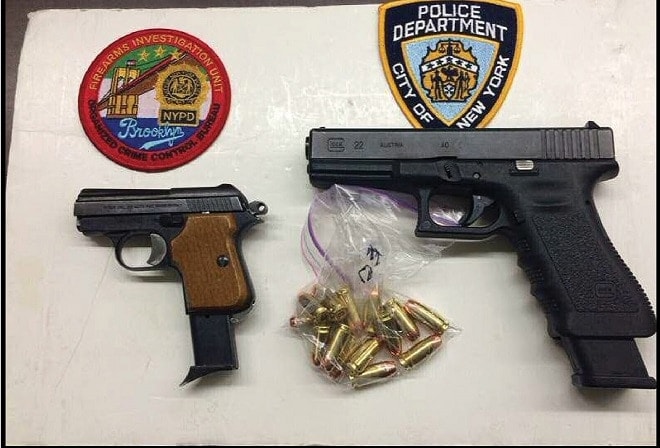 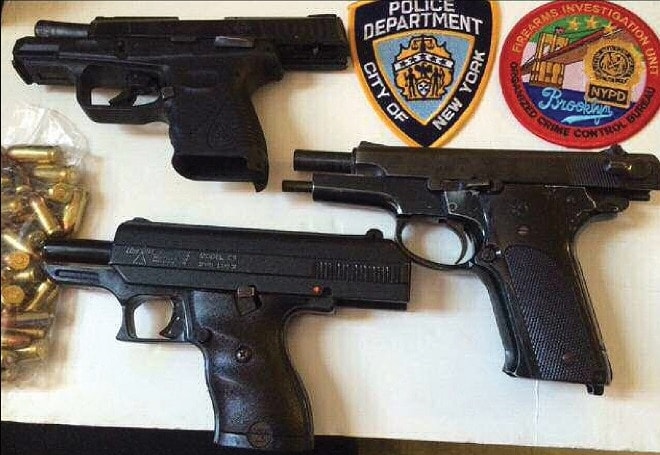 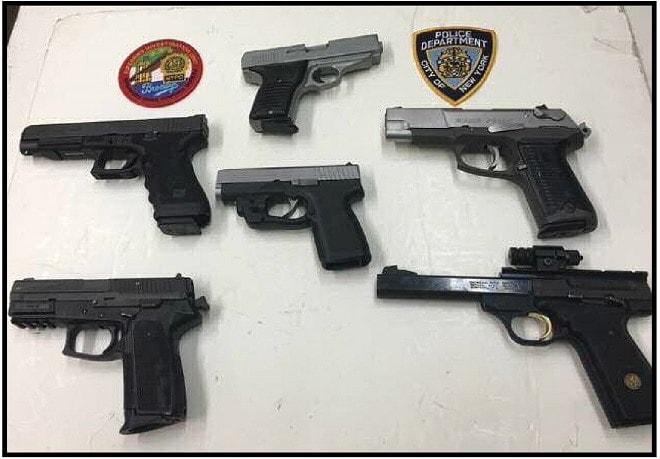 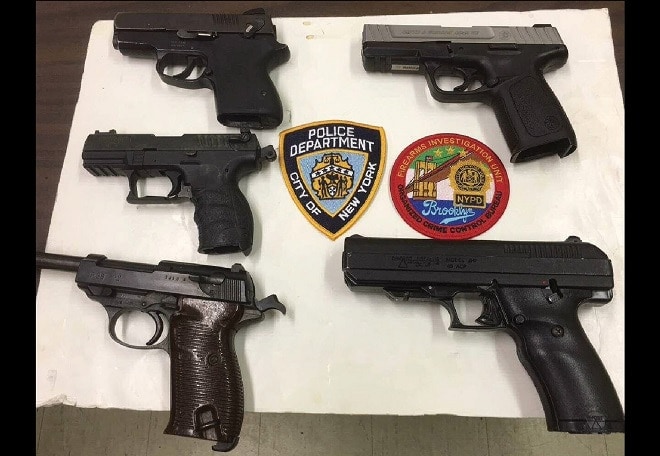 Queens Criminal Court Judge Peter Vallone Jr. set bail at $750,000 and ordered the defendants to return to court on April 17. If convicted, Black faces as much as 25 years in prison while Greene could get as many as 15.