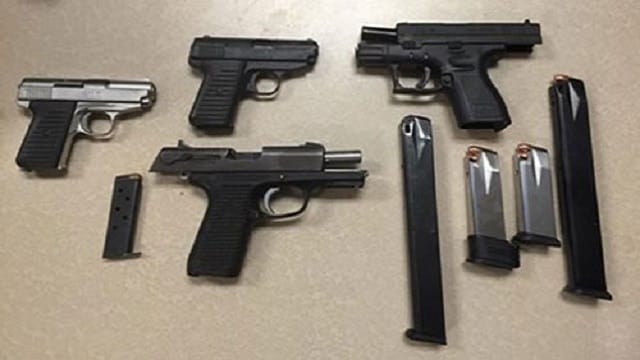 Baltimore police confiscated more guns with high-capacity magazines in 2016 than any period of time during the last seven years, despite a four-year-old Maryland ban on the magazines’ sale and manufacture.

According to an analysis of police data conducted by The Trace, in 2016, Baltimore police recovered 450 guns equipped with high-capacity magazines, defined by the state of Maryland as magazines that carry at least 11 rounds.

Approximately 22 percent of all recovered guns had high capacity magazines, 4 percentage points greater than numbers from 2013, the bloody year that led lawmakers to pass the high-capacity magazine ban.

Police say criminals prefer larger magazines, as they can fire off more rounds before having to reload. A Baltimore Sun investigation last year showed that corpses with at least 10 gunshot wounds have doubled in the past decade.

So far in 2017, the number of shootings and homicides has increased by 40 percent in Baltimore, coming after an awful 2016 that saw the second highest number of homicides on record.

“We’re dealing with absolute criminals who want as much weaponry as possible when they’re going after their targets,” Smith told The Trace. “They’re not carrying .22s. They’re carrying the big guns that have these high capacities.”

Nearly 82 percent of high-capacity magazines recovered by Baltimore police between 2010 and 2016 were loaded in pistols, most compatible with either 9mm or .40-caliber ammunition.

President of Marylanders to Prevent Gun Violence Jen Pauliukponis — a strong supporter of the Firearm Safety Act of 2013, legislation that included the high-capacity magazine ban — said she found the increase “disappointing.”

“I hope as we work toward strengthening implementation and enforcement of the Firearm Safety Act that we still start to see over time a reduction in these numbers,” Pauliukonis said.

Law enforcement officials and criminologists say the increase shows the limitations of Maryland’s ban on high-capacity magazines, which prohibited their sale and manufacture but not their possession.

Trace data analyzed by researchers at the University of Johns Hopkins also shows most crime guns were either purchased before the law took effect or were purchased out of state.

ATF trace data shows most out-of-state crime guns recovered in Maryland were from Pennsylvania or Virginia, neither of which ban high-capacity magazines.