Gorsuch voted out of committee, Dems promise to block 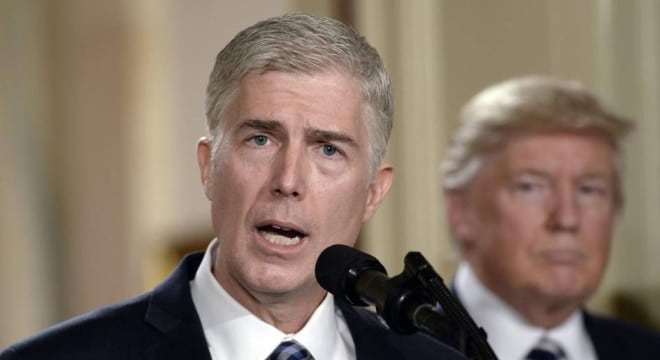 The Senate Judiciary Committee in a party-line vote approved Judge Neil Gorsuch on Monday to be the next Supreme Court justice, setting up a showdown on the floor this week.

Nominated by President Trump to fill the open seat left behind by the late Justice Antonin Scalia, Gorsuch waded through three days of hearings in front of the committee and a Democrat-backed delay to achieve the 11-9 backing of the panel.

“Weeks ago, press began reporting that the Koch brothers — through Concerned Veterans for America — and other conservative donors through the Judicial Crisis Network planned to spend at least $10 million on a political campaign to support Judge Gorsuch’s nomination,” Feinstein said.

“Since then, the National Rifle Association has launched a $1 million ad buy, and just last Friday, the Judicial Crisis Network announced another $1 million, targeted to specific senators in Missouri, Montana, Indiana and Colorado,” she continued.

U.S. Sen. Chuck Grassley, R-Iowa, head of the committee that passed Gorsuch to the floor and has seen 14 Supreme Court hearings, returned fire on the dark money question, saying “there are dozens of advocacy groups on the left who get involved in the nomination process. And there’s absolutely nothing wrong with that.”

Now, with Gorsuch headed to a floor vote, Minority Leader U.S. Sen. Chuck Schumer, D-NY is promising a filibuster that Republicans reportedly do not have enough votes to overcome.

Committee member U.S. Sen. Ted Cruz blasted the party line nature of the opposition to the nominee, noting that a decade ago no Democrat opposed Gorsuch’s appointment to the Court of Appeals. He also made clear that the so-called “nuclear option” of changing Senate rules to allow for Supreme Court nominees to be approved by a simple majority vote — which Republicans have if they can unify the party — is on the table.

“If the Democrats persist in this foolish filibuster, the Senate majority will have no choice but return to the standard that has prevailed for over two centuries in the Senate, which is confirming Supreme Court justices by a majority vote,” Cruz said in a press conference.

For his part, Grassley made guarantees that the jurist would make it to the bench by the end of the week.

“Let me assure you that Judge Gorsuch is going to be on the Supreme Court by midnight Friday night,” Grassley told Fox News host Martha MacCallum. “I can assure you that. One way or the other, he’s going to get the necessary votes to get there.”