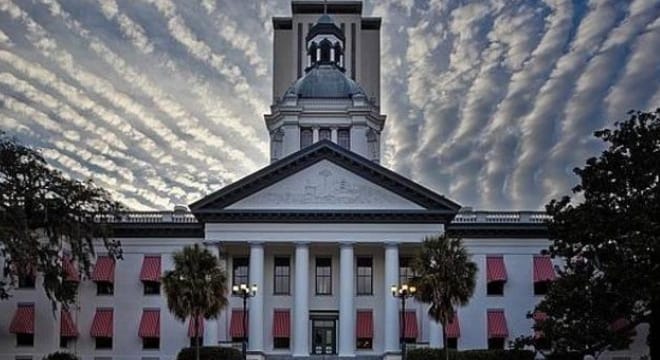 A trio of measures tracked through the House on Wednesday including one that clarifies the state’s burden of proof in self-defense cases.

The burden of proof bill, SB 128, which expands justifiable homicide protections in Florida, was approved 74-39. The measure clarifies that the government, not the accused, has the burden of proof in a “stand your ground” immunity hearing. It now returns to the Senate, who passed it last month, where lawmakers there will have to approve the amendment.

The state legislature in 2005 passed a self-defense law that gave immunity from arrest, detainment, charging and prosecuting unless an investigation by the state reveals there was probable cause to believe the act was not, in fact, lawful self-defense. However, the Florida Supreme Court authorized prosecutors to use a special stand your ground hearing in which those under investigation must prove they are innocent rather than making the state prove guilt – and from there either apply charges and hold for trial or move to release.

Senate Bill 128 will reverse that process and holds that prosecutors will have to provide “clear and convincing” evidence to move forward to trial.

Gun control advocates decried the move by lawmakers, arguing HB 245 would require those using a stand your ground defense to be convicted twice, once at the hearing in front of a judge, then in a trial before a jury.

“Expanding the already deadly Stand Your Ground law in Florida will lead to even more families having their loved ones killed by gun violence, particularly families of color,” said Lucy McBath, Everytown’s faith and outreach leader, in a statement. “Our lawmakers should focus on legislation that helps keep guns out of the hands of people who shouldn’t have them, not on measures that place targets on our children’s backs.”

House Bill 779 would change the penalties for violations of the state’s ban on open carry — currently a second-degree misdemeanor which carries a $500 fine and up to 60 days in jail — to a $25 noncriminal violation payable to the county clerk. It also shields those with a concealed-carry permit from being charged with a crime if their gun becomes temporarily exposed. Florida’s Supreme Court last month upheld the state’s open carry prohibition citing it does not infringe on the Second Amendment. There is no Senate companion to the proposal.

House Bill 849 would eliminate restrictions that prevent churches from allowing firearms on church property if part of it is used for any type of school. Under current Florida law, a person who has a license to carry a concealed firearm is barred from carrying such weapon or firearm at a school, whether it is public or private. The measure’s Senate companion, SB 1330, is working its way through committee.